EHL Team Advances to Second Round

BURLINGTON, VT -- The EHL squad took care of business in the First Round of the playoffs this past weekend, beating the Connecticut Roughriders in two straight games. The Lumberjacks are now set to face-off against the East Coast Wizards in the Second Round, with a trip to Providence, RI on the line.

The EHLP team on the other hand lost both of their games against the Boston Jr. Rangers in the Second Round, which ended their 2018-'19 season.

The Lumberjacks beat the Connecticut RoughRiders by the score of 5-4 in overtime on Friday night, and then completed the sweep with a 7-3 victory on Saturday morning.

James Boisvert had a hat-trick to lead the way in game #1, and then tacked on an assist in game #2. Following Boisvert's four-point performance, the '98 native of Rochester, NY was named the TSR Hockey Top Performer of the series. In total, 13 players tallied at least a point in the series, and Geordan Buffoline led the way for Vermont with a goal and four assists (five points).

In goal, Kyle Konin made 51 saves over the course of the two games, helping to anchor his team to each victory. Since joining the Lumberjacks in January, the '98 native of West Kingston, RI has won 11 of his 12 total starts between the pipes.

Vermont is now off to the Second Round, where they will face-off with the East Coast Wizards with a trip to Providence, RI on the line. 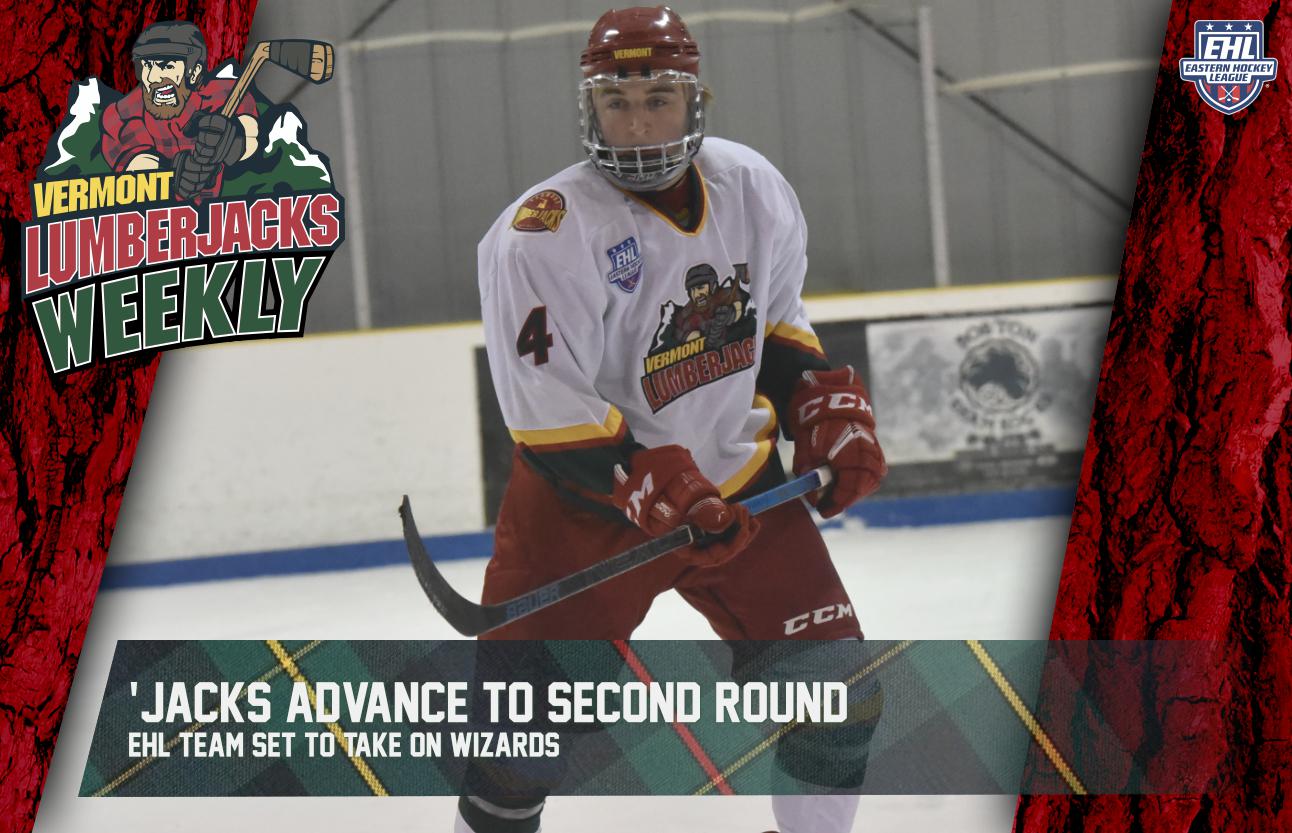