BURLINGTON, VT -- The Vermont Lumberjacks are pleased to announce that Glynn Robitaille has committed to Manhattanville College for the fall of 2019. Robitaille just finished his second season in the Eastern Hockey League (EHL), and his first full year with the Vermont Lumberjacks. In total, the '98 forward ends his junior career with 77 points in 74 career games in the EHL.

"I have truly appreciated my time coaching Glynn," said EHL head coach and general manager Jim Mosso. "He has been completely driven trying to better himself for the team. He is hungry to learn and be the best teammate he can be. Getting an offer from a prestigious program like Manhattanville is a perfect reward for his efforts. He is a guy that I can not easily replace and will be missed heavily, but I know he will be a great asset to his college team."

When Robitaille arrives on campus this fall, he will not be the only Lumberjack player joining the Valiants. Mason Emoff made his commitment to Manhattanville back in early February, and the teammates are part of a four-player class that the EHL is sending to the Valiants next season.

"I am extremely excited to announce my commitment to Manhattanville College," said Robitaille. "After Coach Mosso connected me with the coaches at Manhattanville, I knew right away that it was a place I wanted to be. Coach Mosso has done an unbelievable job of guiding me through the entire college process, while also helping me to grow as a hockey player. Along with Coach Mosso I’d like to thank Coach Lowry, the Rosales’, and especially my teammates. Most importantly I have to thank my parents for supporting me and giving me everything I need to achieve my dream of playing college hockey.”

While the Lumberjacks season ended soon than they had hoped, Robitaille and his teammates still have plenty to be proud of with what they accomplished this year. 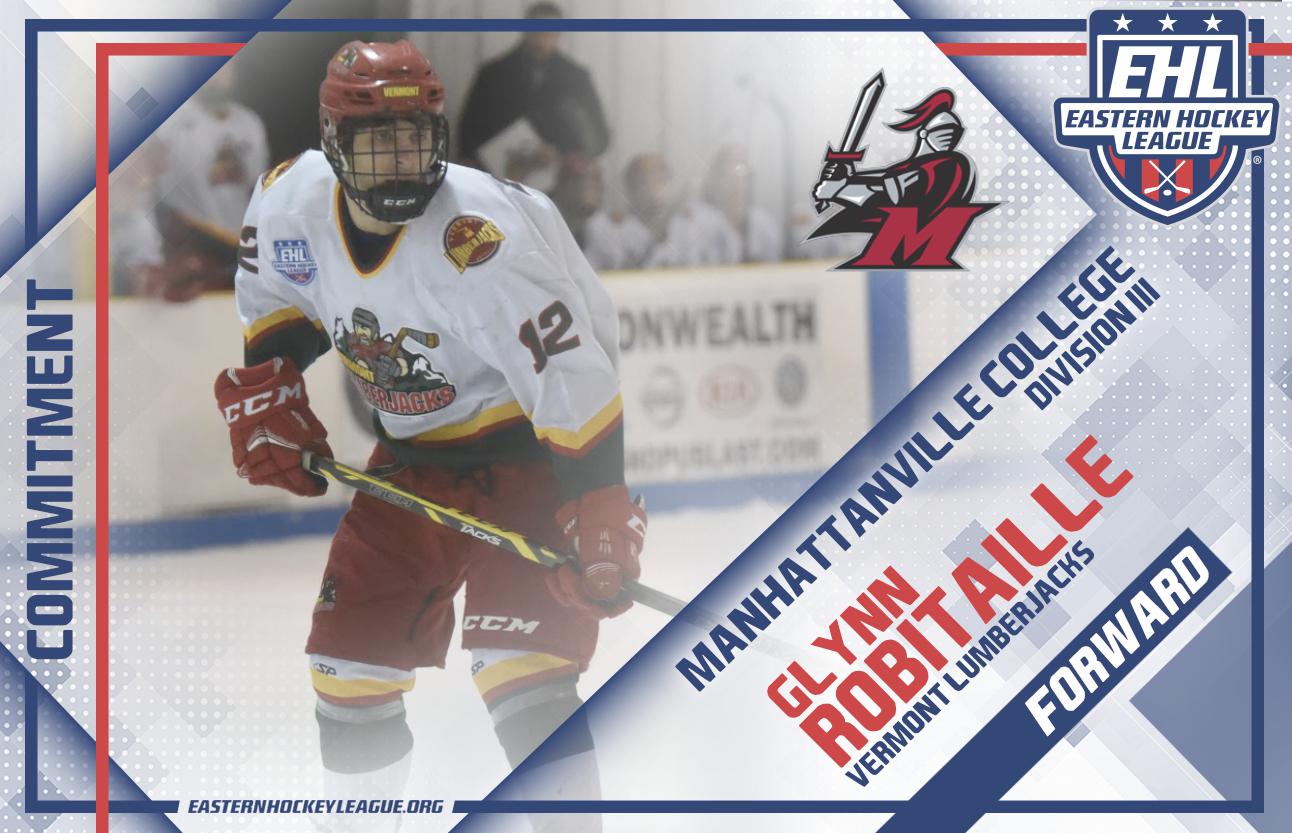