BURLINGTON, VT -- The Vermont Lumberjacks are pleased to announce that Colin Philippon has committed to Assumption College for the fall of 2019. Philippon played two full seasons of junior hockey, coming to the Lumberjacks this past year. In his only season in the Eastern Hockey League (EHL), the ’99 native of Salem, NH collected 16 goals and 21 assists for a total of 37 points.

“Colin Philippon came to the Vermont Lumberjacks with a chip on his shoulder,” said EHL head coach and general manager Jim Mosso. “During the middle of the summer, Colin was cut from another EHL team. He was determined to give everything he had, to push himself as a player. Colin started as a bottom forward, and by the end of the year finished at the top. Coaching Colin was gratifying, as you could see him getting better and better every single day. His hard work paid off, as he received a near full scholarship to Assumption College. I know he will be a great asset to their school as well as their hockey program.”

As Mosso mentioned, Philippon became one of the Lumberjacks' top forwards by the end of the season, as he started to create more scoring chances for his team.

“Coming into this season, I did not know a single player on the team and had only met Coach Mosso once,” said Phililppon. “However, it only took a few weeks for me to realize that we had all become a family. This season, Coach Mosso has taught me how to become more of an offensive threat, which has greatly helped me achieve my goal of committing to play college hockey."

While the Lumberjacks season ended soon than they had hoped, Philippon and his teammates still have plenty to be proud of with what they accomplished this year. 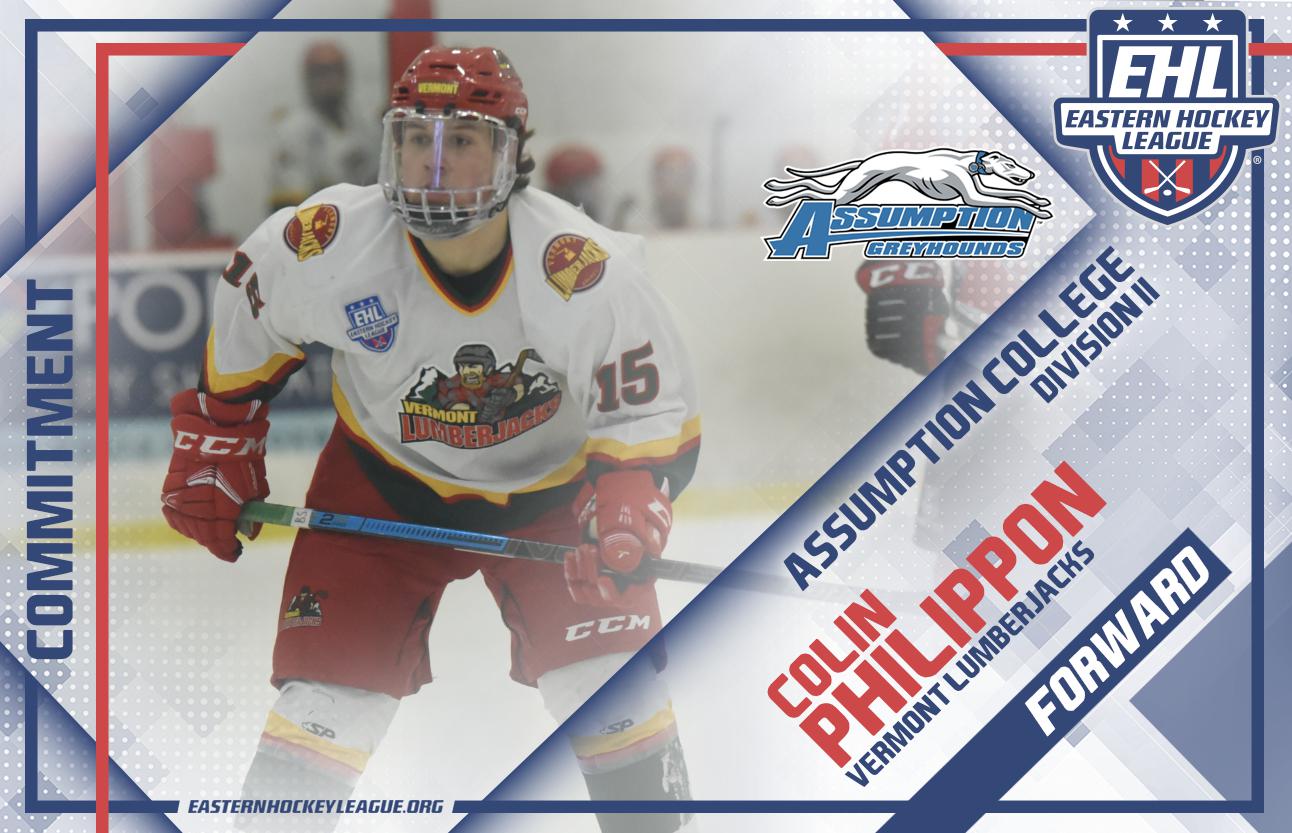