BURLINGTON, VT -- The Vermont Lumberjacks are pleased to announce that James Boisvert has committed to Morrisville State College for the fall of 2019. In his first and only season in the Eastern Hockey League (EHL), the '98 native of Mansfield, TX tallied 21 total points for his team.

"James Boisvert was a huge part of our team’s success this year,” said EHL head coach and general manager Jim Mosso. “He was one of our best defensemen, that contributed to our offensive output. He was used on the power-play, the penalty kill and everything in between. He was a great guy in the locker room and pushed his teammates around him. He has all the tools to succeed right away at the college level.”

As Mosso mentioned, the Lumberjacks used Boisvert in many different situations, including sliding him up to forward for the team's first playoff game of the 2019 postseason. In that matchup with the RoughRiders, Boisvert notched a hat-trick, and was later named the TSR Hockey Top Performer of the first round series. Overall Boisvert believes that he made the perfect decision in choosing the Lumberjacks and the EHL, for his final year of junior hockey.

"The Lumberjacks helped me take my game to the next level and Coach Mosso along with the EHL put me in front of many schools to show my skills," said Boisvert. "Coach Mosso helped me become a much better defensive player, to pay attention to the details, and boosted my offensive side of the game. Playing college hockey was always a goal of mine and the Lumberjacks helped to make it a reality. I am thankful I was able to play my age-out year for Coach Mosso, and with one of the best run programs in the country.”

Boisvert is one of two EHL players set to join the Mustangs this fall, as Cade Street of the Philadelphia Little Flyers made the same decision a few months ago. 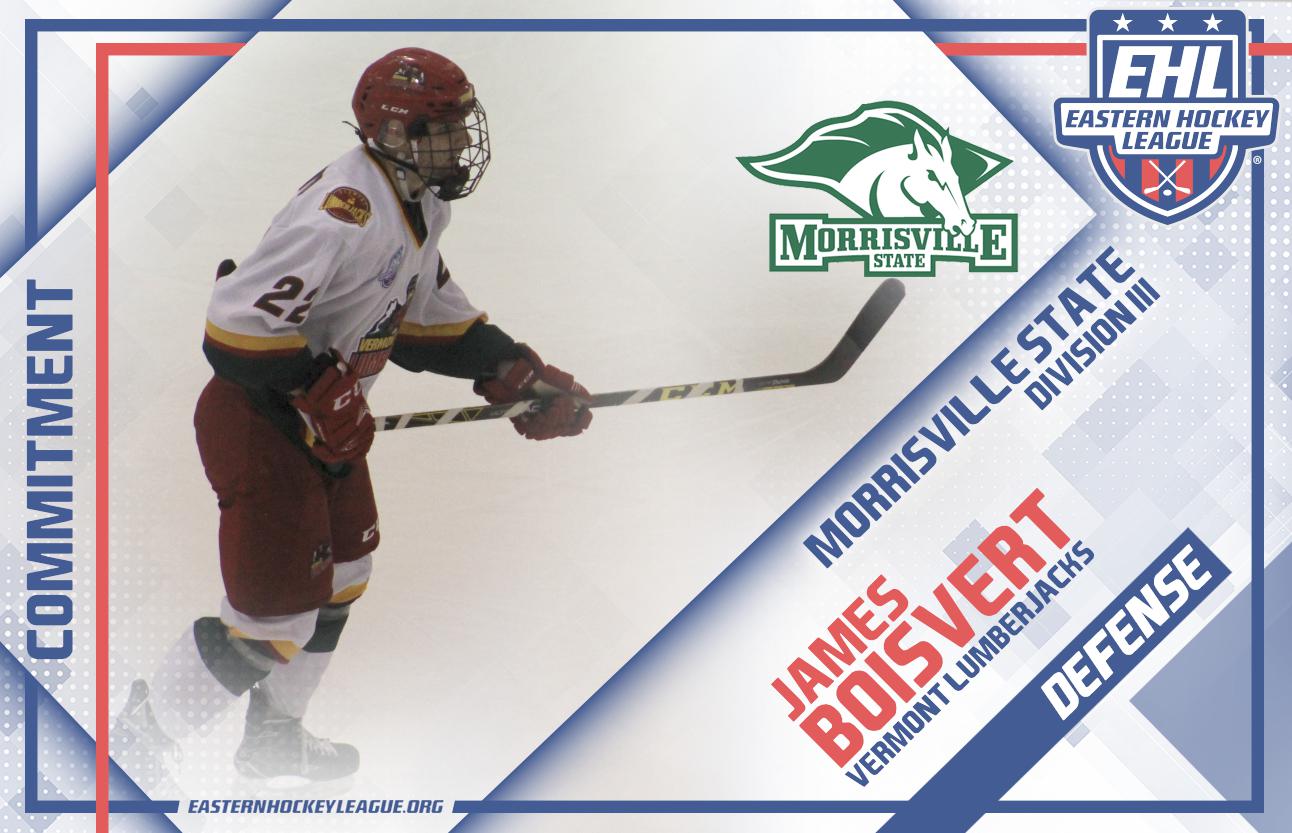