BURLINGTON, VT -- The Vermont Lumberjacks are pleased to announce that Adam Kusior has committed to Fitchburg State University for the fall of 2019. In his first and only season in the Eastern Hockey League (EHL), the '98 native of Canada turned heads while scoring 14 goals and dishing out 21 assists in 47 total games.

"Adam was a huge pickup for us this year,” said EHL head coach and general manager Jim Mosso. “He was a great two-way player for us, as he played both offense and defense during the course of the season. He was relied on heavily for all of the big roles and came through with some huge goals when we needed them the most. Good luck to Adam in his college career.”

Kusior played alongside Mason Emoff and Andrew Bechard down the stretch, as the three forwards made up one of the most dynamic top lines in the league. As the chemistry between the scorers developed, the Lumberjacks season took off, and the trio helped lead Vermont further into the playoffs than they had ever been before.

"Coming to play for the Lumberjacks this past season was the best decision I made in my junior career," said Kusior. "The Rosales’ run a first-class junior hockey organization in Vermont. Both Coach Mosso & Coach Jack pushed me everyday to be a better player and prepared me for this upcoming college hockey season. I’d like to thank Mrs. Eleanor Moon for taking Ty Lisieski and I into her home for the season. We are both grateful for everything you’ve done for us this past year. Lastly, I want to thank my parents for supporting me all these years and helping me achieve my dreams.”

While the Lumberjacks fell ultimately just one game short of the EHL Frozen Finals, it was still a very special season for Kusior and his teammates. The six-foot forward will now join Fitchburg State this fall, as part of a freshmen class that includes five total alumni from the EHL. 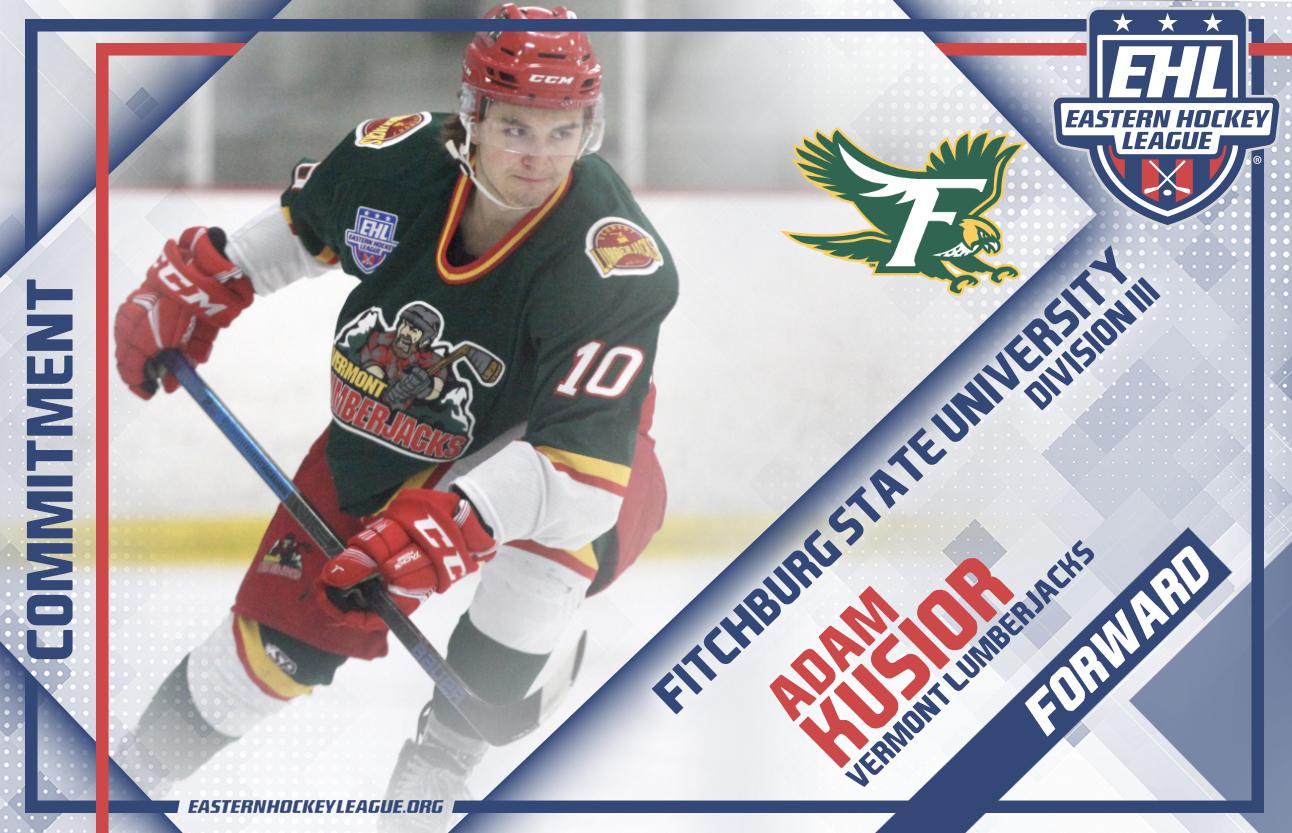