The Lumberjacks organization sent eight players off to school from the 2018-19 squad, but still have a handful of key players returning to Burlington for another season.

Cory Doney, Dan Barry, MacCallum Brown, and Tyler Lisieski are the key returners on defense. Doney, a Plattsburgh State commit, was listed as one of the top EHL Players to Watch for the upcoming 2019-20 season. At the forward position, the EHL squad is bringing back the following players for another season, Jackson Aldrich, Jensen Dodge, Zachary Booth, Geordan Buffoline, and Logan Discanio. Discanio was also listed alongside Doney as one of the top players to watch in the league this season. Connor Carbo is also returning between the pipes and will share the crease with last year’s EHLP goalie Dillion Whalen, as well as newcomer David Reduzzi.

Along with Whalen, Egan Schmitt, Jacob Dillion, Connor Cameron, Ben Rouillard, Jackson Clayton, and Nate Damren will be making the jump up to the top squad.

The 2019-20 EHLP squad is also bringing back a few players from last year’s team. Nick Speckhart, Patrick Williams, Logan Aprea, and Aaron Damren are the key returners on defense and Luke Dion, Frank Mondi, Grant Rosenburger, Zachary Miller and Raymond Miller will all be back for another year at forward. Alex Hermon is the lone goaltender returning from last year’s team, and he will be joined by newcomers Cam Isabelle and Sam Fath.

September will be a busy month for both Lumberjacks teams as each squad will play seven games before the month’s end. On the final two days of September, the EHL team will participate in the first of five league-wide showcases. The dates and information for each showcase this season are listed below.

As for the EHLP, the sub-division of the EHL will feature three showcases this upcoming season.

To keep up with this weekend’s matchups, watch live on HockeyTV or follow the live scoring/box scores on the EHL website. 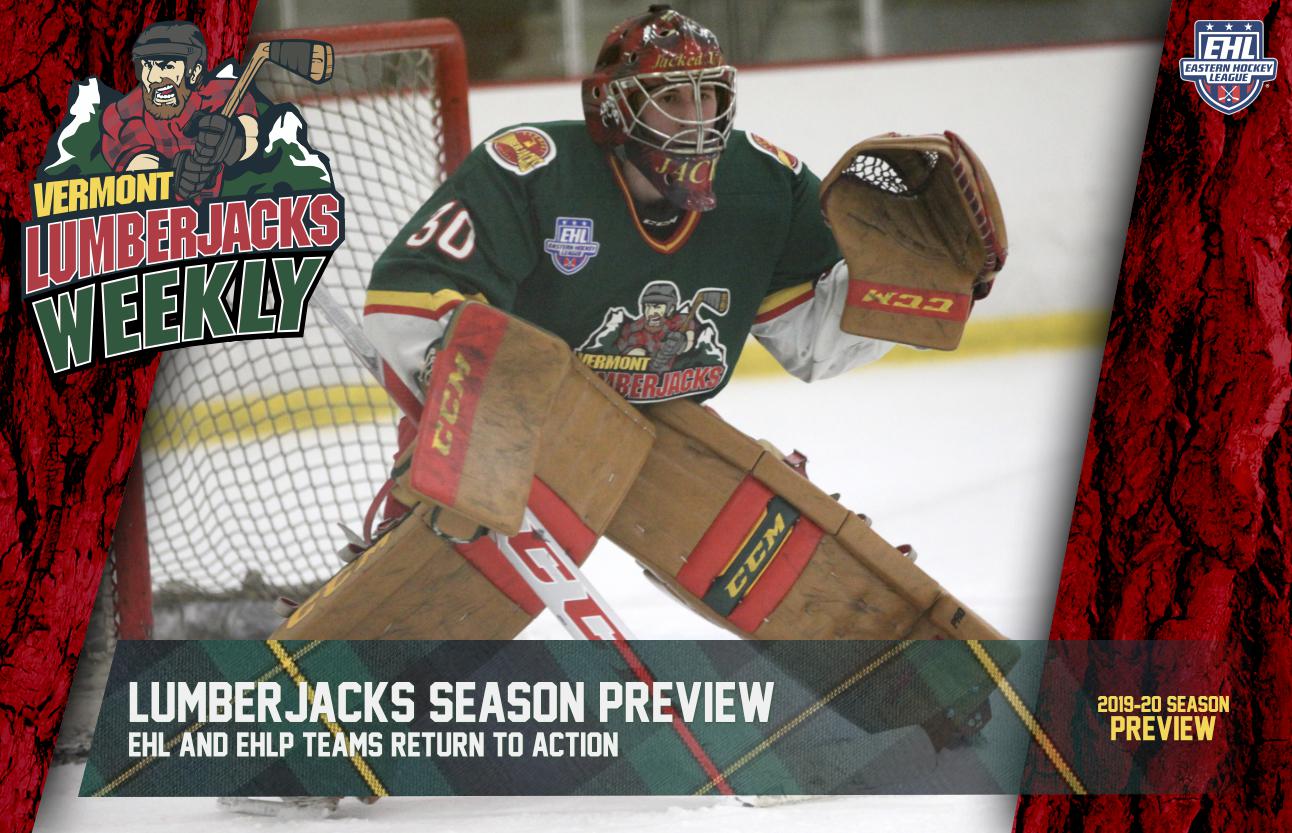