BURLINGTON, VT -- Both Lumberjacks squads were back in action this past weekend, each participating in league-wide showcases down in Pennsylvania. The EHL team won both of their matchups and currently sit in 3rd place in the New England Conference with a record of 8-2-1. On the other end, the Premier squad went 1-1-1 in their three showcase games and have moved into 3rd place as well in their conference, with an overall record of 6-3-3.

Sunday marked the first day of the second league-wide EHL Showcase of the season and the Lumberjacks faced-off against the North Carolina Golden Bears for the first and only time this season. Austin Marini kicked off the scoring with a goal at the 15-minute mark of the 1st half. Quickly thereafter, both Jackson Aldrich and Jacob Dillon added two more goals in the span of just two minutes to give the Lumberjacks a 3-0 advantage. The Golden Bears responded with a goal of their own around the 11-minute mark, but the Lumberjacks answered right back with a trio of goals scored by Egan Schmitt, Cory Doney, and Logan Discanio, to give the boys a commanding 6-1 lead at the break.

Dan Barry converted on the power play in the early minutes of the 2nd half and the floodgates opened up from there. The Lumberjacks added four more goals to their total, including a short-handed tally from Schmitt to win by a final score of 11-1. Aldrich, Connor Cameron, and Will Roberts collected the other 2nd half goals, and Dillon Whalen picked up his 2nd win of the year between the pipes.

On the 2nd day of the showcase, the Lumberjacks squared-off against the Philadelphia Little Flyers. Monday’s matchup marked the first and only game against the Mid-Atlantic opponent this season. Discanio got the Lumberjacks on the board first with a goal just over five minutes into the contest. Evan Beers added another tally late in the frame, for his 3rd of the season, giving the boys a two-goal advantage at the break. Geordan Buffoline then put the Lumberjacks ahead 3-0 with a goal just 37 seconds into the 2nd half. Just a few minutes later after a Little Flyer penalty, Aldrich converted on the man advantage to give the squad a commanding 4-0 lead. Despite a pair of goals from the Little Flyers later in the frame, the Lumberjacks held on for a 4-2 victory. Discanio, Buffoline, and Marini all collected a pair of assists to their name, and Connor Carbo stopped 24 shots in the win.

On Sunday morning, the Premier squad kicked-off their first showcase day of the year with a matchup against the Connecticut Chiefs. Sunday’s game marked the first of six matchups against the conference opponent this season. The Chiefs got the game's first goal on the power-play, but Riley McBride answered quickly to even things up at 1-1. After the Chiefs took back the lead, Colby Anton knotted the game up at two goals apiece in the final minutes of the half. Anton kept up the pressure in the 2nd frame, completing the hat-trick with a pair of goals including one short-handed tally. Martin Ptasinski and Raymond Miller had goals in the half as well and the Lumberjacks cruised to a 6-3 win. Last week’s EHLP goalie of the week, Cam Isabelle, stopped 24 shots for his 2nd win of the season.

Later on Sunday, the Lumberjacks faced-off against the New Jersey Renegades for the first and only time this season. Nick Speckhart put the Lumberjacks ahead first with a goal just under five minutes into the game. The Renegades responded with a goal just a couple minutes after and then another goal near the end of the half to take a 2-1 lead into the break. Robbie Barker evened things all up at 2-2 with a goal just over a minute into the 2nd frame. However, the Renegades answered back with four straight goals of their own, to take a 6-2 advantage. Despite a pair of late goals from Miller, including a short-handed tally, the Lumberjacks fell by a final score of 6-4. Alex Herman was busy between the pipes, stopping 41 shots in the losing effort.

On Monday, the Lumberjacks squared-off against the New Hampshire Avalanche for the 4th time already this season. In the previous three matchups, the EHLP squad had a 1-1-1 record against their conference opponent. The Avalanche jumped out to a 3-0 lead on Monday, but the Lumberjacks came storming on back with a trio of unanswered goals of their own, to tie up the game at 3-3. The Avalanche took back the lead near the 18-minute mark of the 2nd half, but Brandon Clark converted on a power-play opportunity later in the half, to square things back up. After a scoreless rest of the half and a five-minute overtime period, the game headed into a shootout where unfortunately, the Avalanche took the extra point. Sam Fath stopped 28 shots in the loss.

Both Lumberjacks squads are back in action this upcoming weekend, each with a pair of matchups against the Connecticut Chiefs down in Newington. The EHL squad will play on Saturday at 6:30pm, followed by a game on Sunday at 11:20am. On the other end, the EHLP team will play Saturday night at 8:45pm and 2:00pm on Sunday.

This weekend's games mark the final two EHL games before the All-Star Break, as Cory Doney, Austin Marini, and Logan Discanio get set to represent the Lumberjacks next week. Discanio, a three-year veteran forward, will serve as one of the assistant captains for Team EHL. 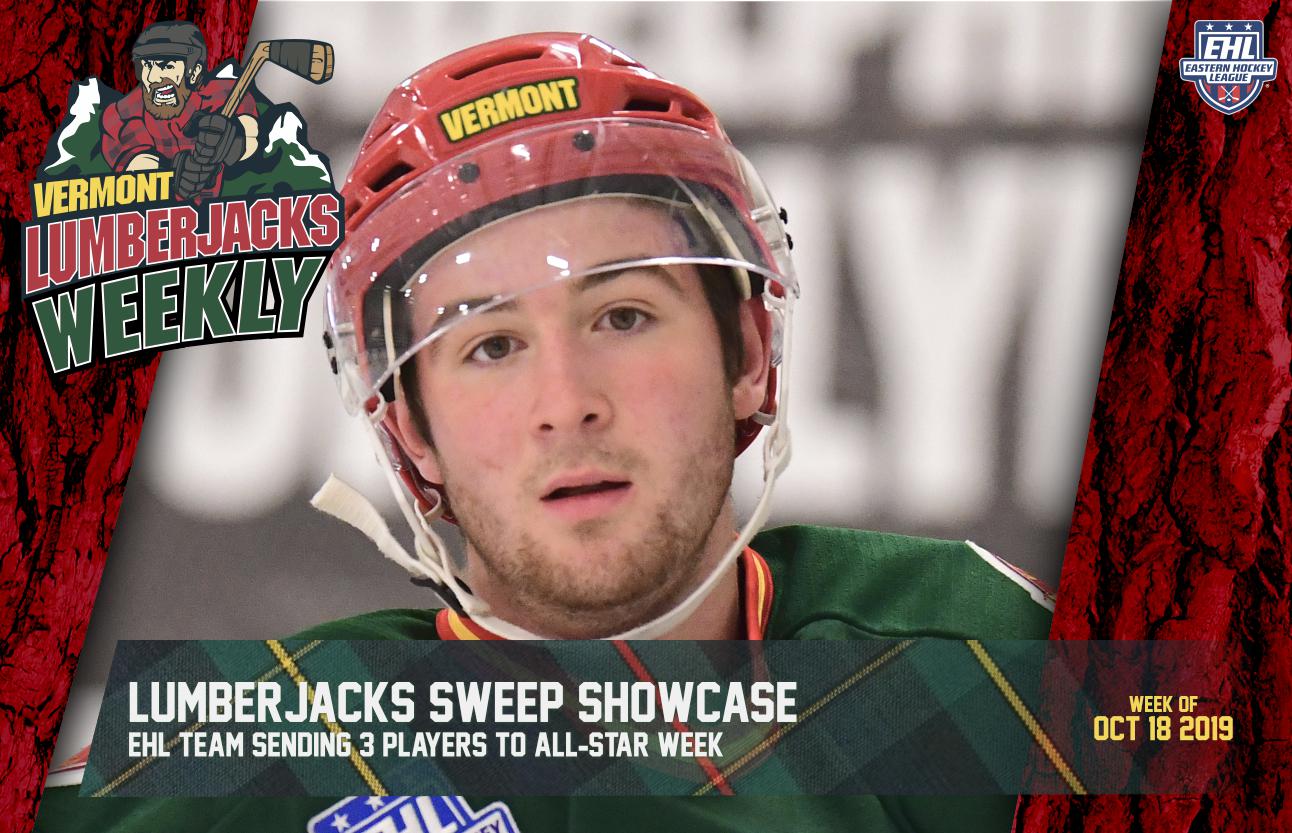