BURLINGTON, VT -- Both Lumberjacks squads were back in action this past weekend, as the EHL team took care of business by winning both of their games, and currently sit in 2nd place in the New England Conference with an overall record of 17-4-1.

The EHLP team dropped both of their matchups over the weekend, but they only moved down one spot in their conference, with an overall record of 9-11-4.

On Friday afternoon, the Lumberjacks traveled down to Worcester for a pair of matchups to wrap-up their regular season series against the Railers Jr. Hockey Club. Going into last weekend, the EHL team held a 2-0-0 record against the Railers, having won both games by a combined score of 13-3. Friday’s matchup followed a similar path as the Lumberjacks scored three unanswered goals in the 1st period to take the early lead. Logan DiScanio, Dan Barry, and Austin Marini (power-play) had the three tallies. Jacob Dillion made it a 4-0 game with a tally early on in the 2nd frame, but the Railers responded with a goal of their own just a few minutes after. However, the Lumberjacks fired back with four more unanswered goals again and cruised to an 8-3 victory. DiScanio, Egan Schmitt, Frank Mondi, and Jackson Aldrich had the other goals, while Dillion Whalen stopped 19 shots between the pipes in the win.

The Railers scored first to take the early lead on Saturday, but Evan Beers evened things up near the end of the 1st period. Mondi then found the back of the net around the halfway point of the 2nd frame, which gave the Lumberjacks the lead. The boys put the game away in the 3rd with goals from Marini, Jensen Dodge, and Geordan Buffoline and cruised to a 5-1 win. DiScanio collected a trio of assists in the win, and extended his point streak out to seven games. Whalen was terrific in net, stopping 40 shots for his 6th victory of the season.

On Friday, the EHLP squad also kicked off a two-game series against the Railers. The two teams had already played once before this past weekend, all the way back on the very first game of the season when the Lumberjacks fell in overtime. The Railers got off to a hot start on Friday, scoring the games first five goals and won by a final score of 6-2. Both Evan Parent (power-play) and Josh Laravia had the Lumberjacks' goals.

On Saturday, the Railers scored the first two goals of the game, but Colby Anton cut the lead in half early in the second period for his 11th of the year. However, the Railers responded with five more unanswered goals, and the Lumberjacks fell by a final score of 7-1.

Both Lumberjacks squads will enjoy a well-earned week off for the Thanksgiving Holiday, and won’t play until next weekend. After the short break, both teams will face-off against the Connecticut Chiefs for a pair of matchups. 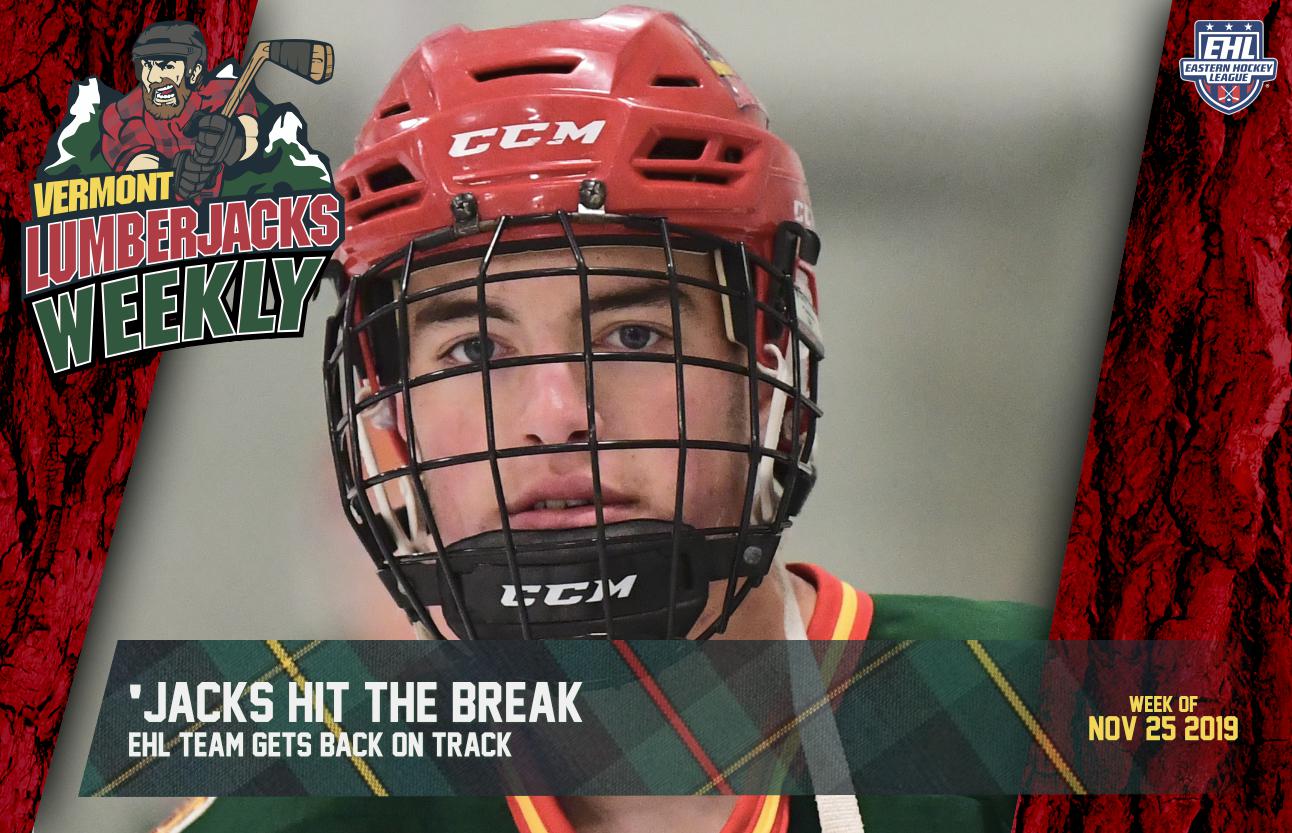