BURLINGTON, VT -- The Vermont Lumberjacks are please to announce that Dan Barry has committed to Nichols College for the fall of 2020. The '99 native of St. Peters, MO is in his 3rd season in the Eastern Hockey League (EHL), and first full year with the Lumberjacks. When you combine his numbers from the EHL with the Eastern Hockey League Premier (EHLP), Barry has tallied 84 total points in 145 career junior hockey games.

"Dan has been one of my favorite players I have coached over the years,” said EHL head coach and general manager Jim Mosso. “He has been the glue of the locker room and has helped me create a culture based on hard work and a team brotherhood. Dan has tons of potential to do well in college and I feel the coaching staff at Nichols is the perfect fit for him. I am very happy to have the privilege of coaching Dan on his journey."

Barry started his junior hockey journey with the Boston Jr. Rangers, before heading north to join the Lumberjacks in October of 2018. Since the move, Barry's game his seen tremendous improvement, averaging just under a point per game (0.87) with Vermont. At 6'4", Barry is easily one of the biggest defensemen in the EHL, and will look to bring that element of his game with him to the next level.

"I would like to thank my family, my friends, and the Vermont Lumberjacks for supporting me over the years," said Barry. "I also want to thank Coach Mosso for everything he’s done for me. He took me in just over a year ago and helped me become more of a complete player. I think Nichols has everything I need to be the right fit to succeed in hockey and in the classroom. I am looking forward to being a Bison!"

Barry and the Lumberjacks are right in the thick of things in the New England Conference with a record of 20-4-1 in their first 25 games. With four games left before the holiday break, Vermont will look to build off of the current five-game winning streak that the team is riding. 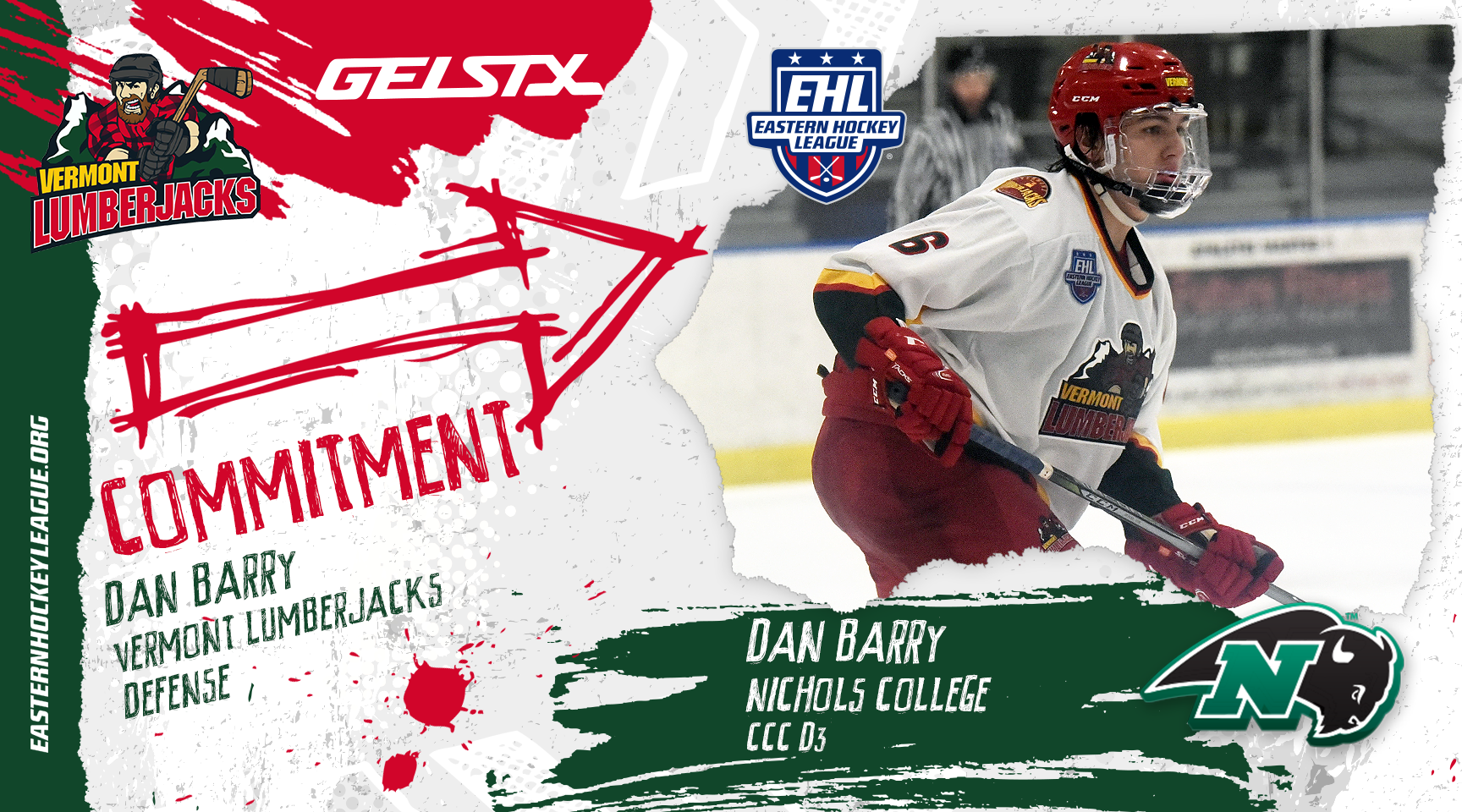