BURLINGTON, VT -- The Vermont Lumberjacks are please to announce that Jackson Aldrich has committed to Southern New Hampshire University (SNHU) for the fall of 2020. The '99 native of Waterville, ME is in his 2nd season with the Lumberjacks, and to date, he's tallied 21 total points throughout his career in the Eastern Hockey League (EHL).

"Jackson Aldrich is the definition of a great teammate,” said EHL head coach and general manager Jim Mosso. “He brings 100% effort every single day. He is willing to take hits and block shots to help the team win. He is aggressive and willing to do the dirty work to get the job done. I am very happy he chose SNHU and I think he will give that program a great opportunity to compete for another conference championship."

SNHU plays out of the Northeast-10 (NE10) at the NCAA Division II level. Last year's NE10 Champions have brought in numerous EHL players over the years, with Aldrich being the 26th Penmen in league history. Overall, Aldrich is beyond excited and grateful to know where the next step in his hockey career will take him.

"My time with the Lumberjacks was the most important two years of hockey I’ve played in my life," said Aldrich. "Without Coach Mosso and my teammates at the Lumberjacks, I wouldn’t have been able to get to where I am today. I can't wait to get started at SNHU next fall."

After tallying 12 points through all of last year, Aldrich already has nine points to date this year. The veteran forward is on a great pace to set a new career high, on a team that's trending towards making organizational history as well. Aldrich and the Lumberjacks will return from the holiday break on January 8th, when they host the Seahawks Hockey Club at 7:10pm. 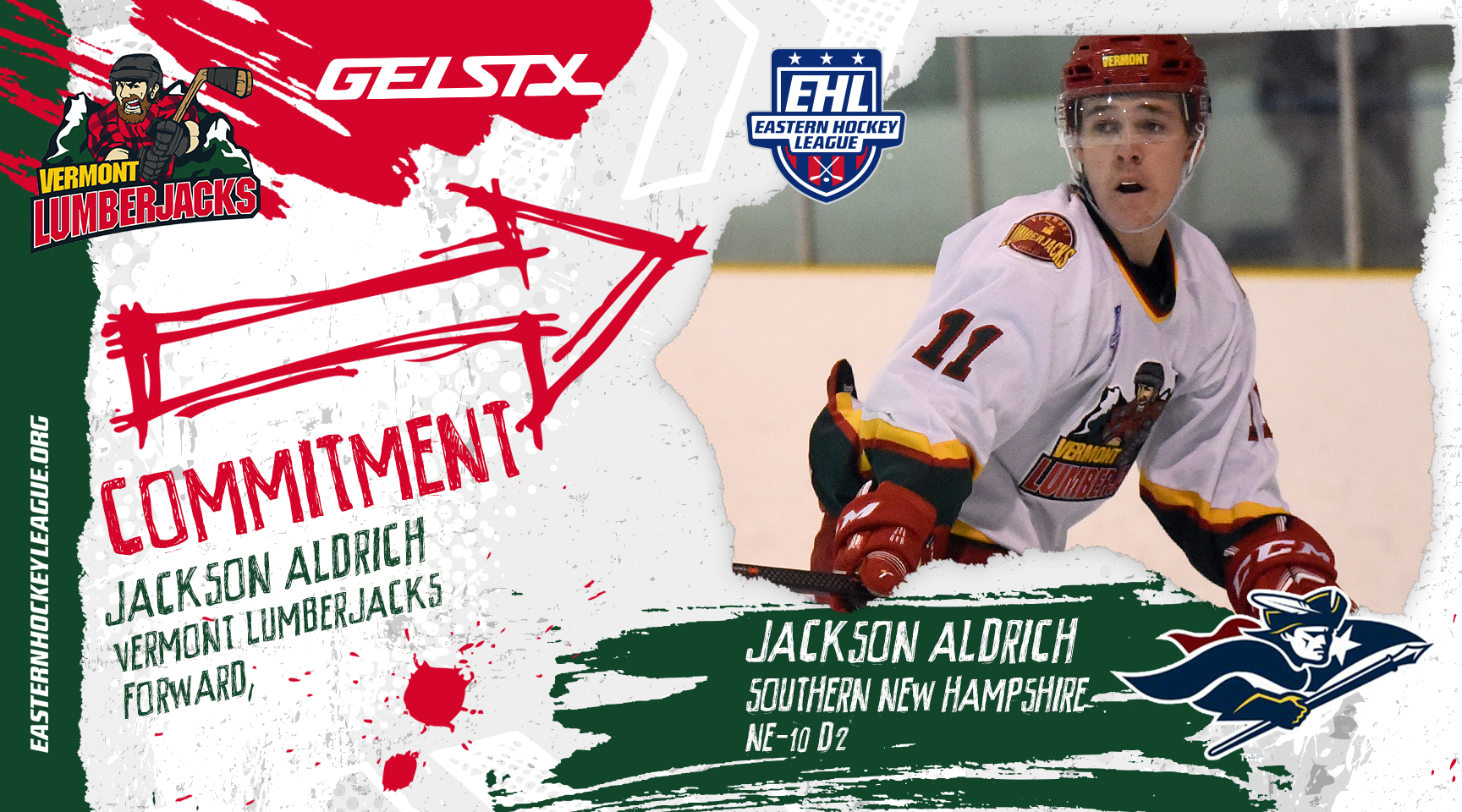