BURLINGTON, VT -- The Vermont Lumberjacks are pleased to announce that Evan Beers has committed to Stevenson University for the fall of 2020. The '99 native of Peabody, MA is in first and only season with the Lumberjacks, and to date, he's tallied 21 points in 29 total games in the Eastern Hockey League (EHL).

"It has been amazing to watch Evan grow to his full potential this season,” said EHL head coach and general manager Jim Mosso. “He has worked hard to be a complete defenseman and turn some of his weaknesses into strengths. He is off the charts offensively-talented and I look forward to seeing him help put pucks in the net in his college career. With Stevenson losing a few of their top defensemen this year, Evan will have a lot of responsibility on his plate, which he is excited about. The Lumberjacks wish him the best."

As Mosso mentioned, Beers has developed tremendously over the course of his final season of junior hockey, which can be highlighted most by his Star of the Month award. Beers was named the top defenseman in the EHL back in October, when he tallied 10 total points throughout the month. Beers is very happy with his decision to come to the EHL for his final season of junior hockey, and he took some time to show his appreciation.

“I would like to thank my family, friends, teammates, and coaches for all the help and support." said Beers. "I would also like to extend an extra thank you to the Vermont Lumberjacks and Coach Mosso for all of his effort this season, both on and off the ice. I couldn’t have asked for a better opportunity than to be a part of Stevenson University.”

Beers and the Lumberjacks will return from the holiday break on Wednesday, when they begin a key two-game series with the Seahawks Hockey Club. With 17 games remaining in the regular season, the Lumberjacks are right in the middle of a tight battle at the top of the New England Conference standings. 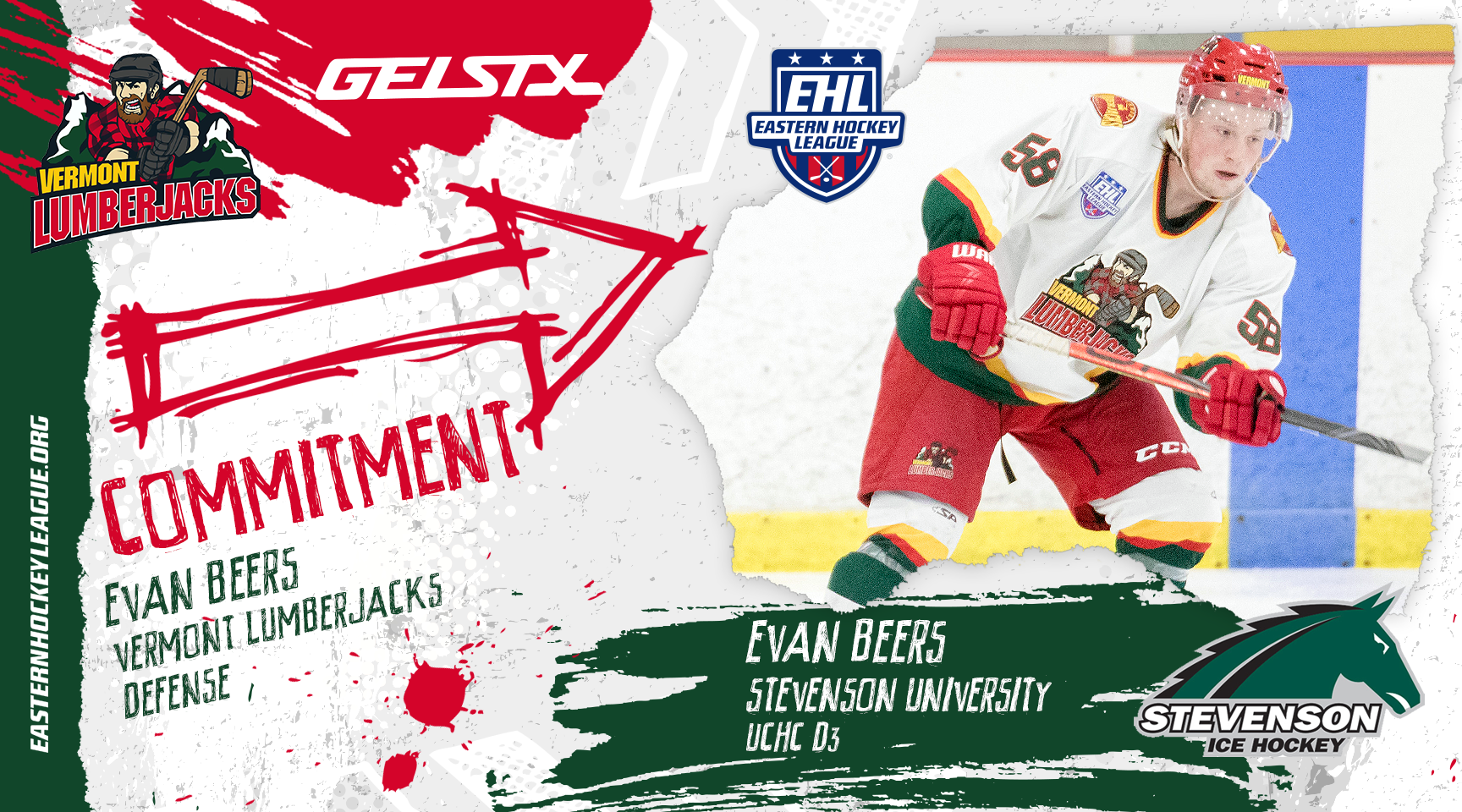