EHL Goaltender Set to Join Leopards for 2nd Half

BURLINGTON, VT -- The Vermont Lumberjacks are pleased to announce that Connor Carbo has committed to the Wentworth Institute of Technology for the 2nd half of the 2019-20 season. An alum of both the Eastern Hockey League (EHL) and Eastern Hockey League Premier (EHLP), Carbo won a total of 46 games over his past three and half years of junior hockey.

"Connor spent his entire junior hockey career with the Vermont Lumberjacks,” said EHL head coach and general manager Jim Mosso. “He is a great story for our program, as he has shown that buying into the development process here can give a player all the tools they need to make it to college hockey. He played two years in the premier division, and then two seasons with the EHL team, before getting the college call. He is more than ready to step into a college game right away, and we wish him the best of luck."

As Mosso mentioned, Carbo is a true veteran of the Lumberjacks organization, dating back to when he first joined the program in September of 2016. While Carbo will now forgo the conclusion of his final junior season, the '99 native of Berlin, VT, is ecstatic to be joining Wentworth.

"My time with the Lumberjacks was amazing, I wish I could start over and do it all again," said Carbo. "I have never met a coach who cares about the locker room culture and his players more than Coach Mosso and I think that is what gives our team so much success. I feel like Coach Mosso and I grew together, starting on the Premier team and moving up to the EHL team. I was given more than enough opportunities to prove myself in the league and have to thank my parents, Coach Mosso, Coach Lowry, and all the boys I’ve played with over the past handful of years with the Lumberjacks."

The Lumberjacks EHL team will return from the holiday break tomorrow night when they host the Seahawks Hockey Club at 7:10pm. Tomorrow's matchup is the first of a key two-game series with the New England Conference rival. 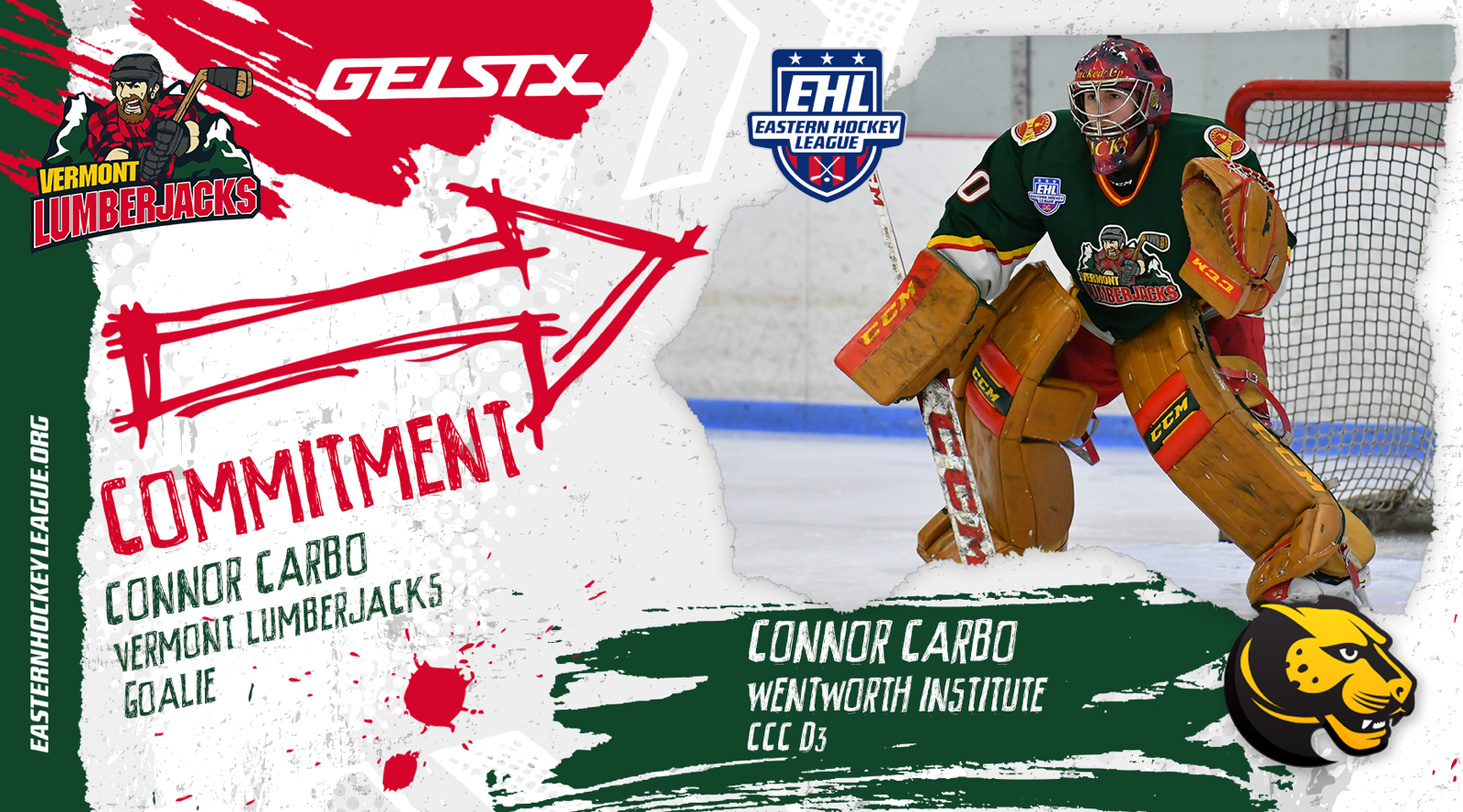