BURLINGTON, VT -- The Vermont Lumberjacks are pleased to announce that Tyler Lisieski has committed to SUNY Potsdam for the fall of 2020. The '99 native of Ballston Spa, NY is in his second season with the Lumberjacks, and to date, he's tallied 33 total points in 75 career games in the Eastern Hockey League (EHL).

"Tyler is one of the best leaders I’ve been around in hockey,” said EHL head coach and general manager Jim Mosso. “On top of being a great player on our team and working on his personal goals, he also has the task of being there for his teammates whenever needed. Tyler’s leadership abilities help create the culture we currently have, and our leadership is driving this team towards success. I’m very proud to see Tyler end up with a program that is excited about who he is as a person, as well as his playing abilities."

Lisieski is the first player in team history to commit to Potsdam, and the fourth player to choose a school in the highly-respected State University of New York Athletic Conference (SUNYAC). Lisieski is excited to be playing college hockey in his home state, and also very grateful for everyone that helped him along the way.

"First and foremost, I would like to thank my family, Eleanor Moon, my former coaches and teammates, Coach Mosso, and Coach Lowry," said Lisieski. "It’s a dream come true to be able to play college hockey and I owe a lot of it to the Vermont Lumberjacks for helping me round out my game as a whole. Potsdam has everything I need to succeed as a player and student, and I’m very excited to be a Bear."

Lisieski and the Lumberjacks are currently in control of 2nd place in the New England Conference, with 13 games remaining in the regular season. Vermont will host the Seacoast Spartans for a pair of games this upcoming weekend, before heading back to Massachusetts next weekend for the first two matchups of the year with the Boston Jr. Rangers. 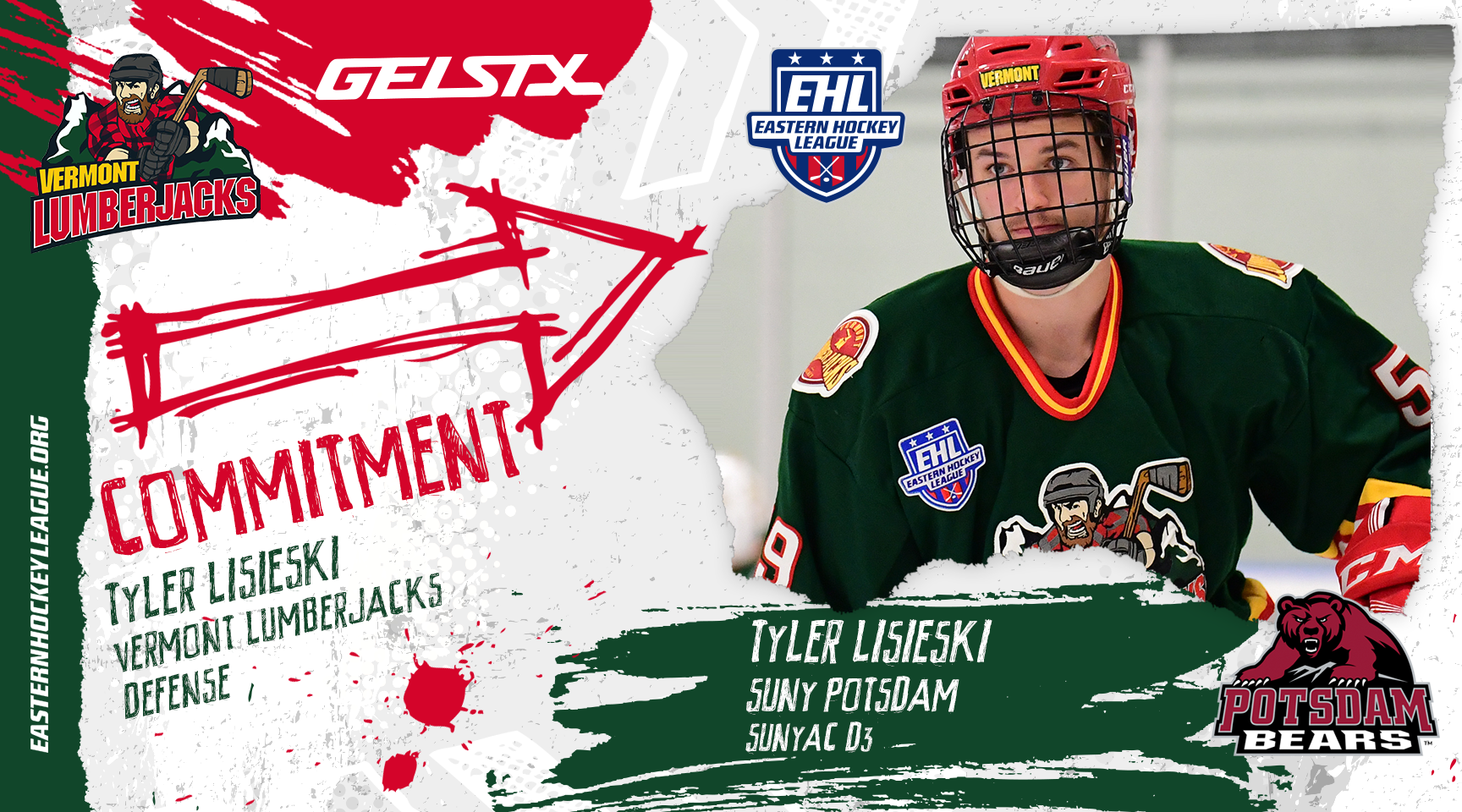