BURLINGTON, VT -- The Vermont Lumberjacks are pleased to announce that Austin Marini has committed to the University of Southern Maine (USM) for the fall of 2020. The '99 native of Hyde Park, MA came to the Eastern Hockey League (EHL) for his final season of junior hockey, and to date, he has tallied 50 points in 40 total games.

"Austin has been an integral part of our team's achievements so far this year,” said EHL head coach and general manager Jim Mosso. “He came to our program with a great attitude and bought into the Lumberjack culture. He has learned how to be an effective player in all 3 zones and he puts our team in position to win. I think Southern Maine is the perfect fit for him and I wish him the best."

Marini was a member of the 2019 EHL All-Star Team that posted a 1-1-1 record against a trio of NCAA Division III opponents. It was that weekend in October when Marini began catching the attention of numerous NCAA scouts. After weighing all of his options, Marini felt Coach Harding and the Huskies program was the best fit for himself. He took some time to thank the organization that helped him make this decision.

"I would like to thank Coach Mosso, Coach Jack, and the Lumberjacks organization, because you have always seen not what we are, but what we could become," said Marini. "You took all the different pieces and personalities and built us into a working team. Thank you for pushing me to my limits and beyond. I feel this season really prepared me for success at the college level and I can’t wait to get started." 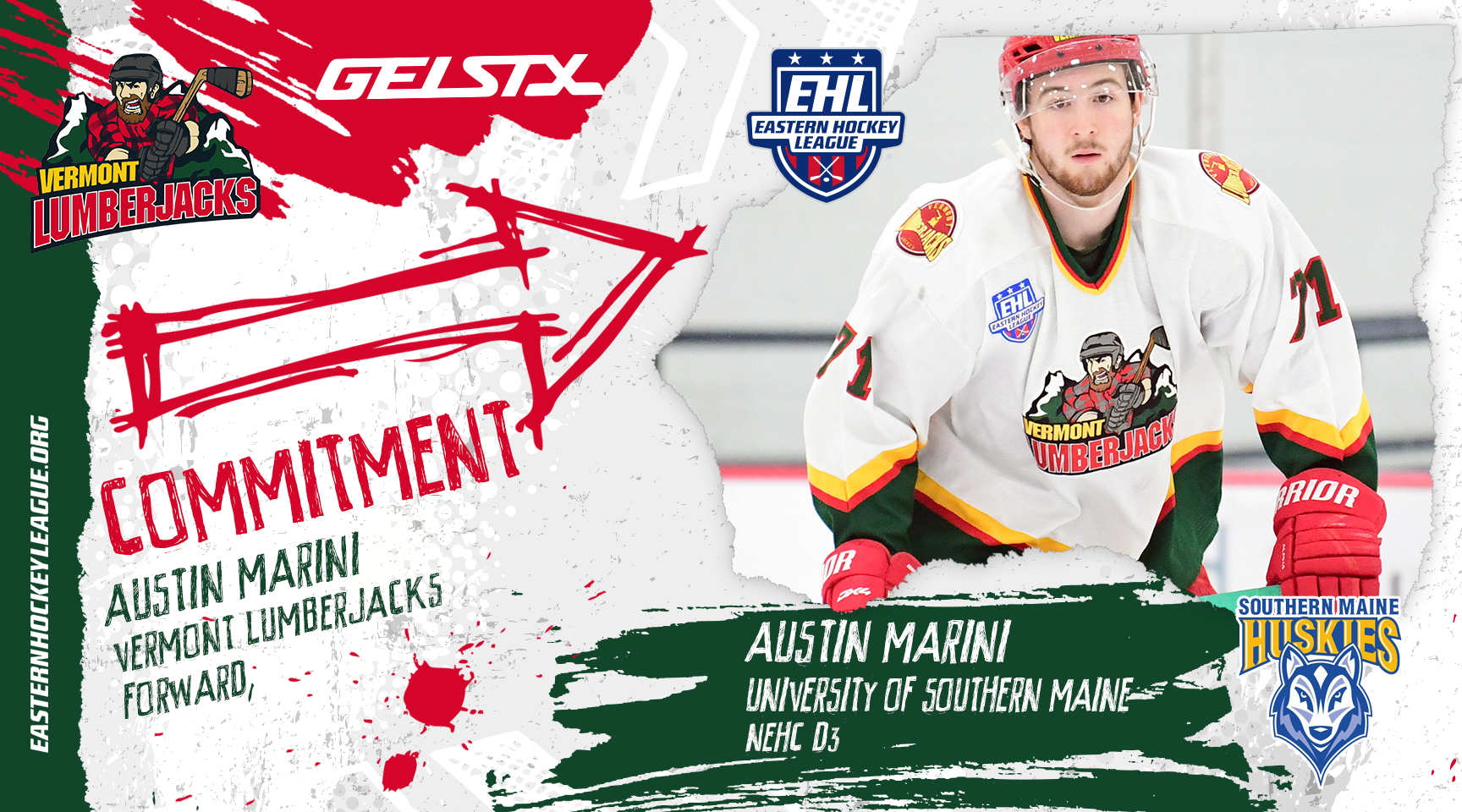