BURLINGTON, VT -- The Vermont Lumberjacks are pleased to announce that Jordan Michaud has committed to Morrisville State for the fall of 2020. The '99 native of Canada chose to come to the Eastern Hockey League (EHL) for his final year of junior hockey, and to date, he's tallied 19 points in 43 total games on the blue line.

"Bringing in Jordan this year has been a huge pickup for our team,” said EHL head coach and general manager Jim Mosso. "He is one of the best defensive defenseman we have, but also contributes on the front end. He is a key component of our special teams and is a guy that players look to in big moments. He is a special player that is going to fit right in with the style of play that Morrisville brings to the SUNYAC. We wish him the best of luck."

Michaud is the 10th commit of the season for the Lumberjacks, and the 2nd player to choose the Mustangs hockey program. Michaud will enjoy the peace of mind already knowing one of his teammates, as Jensen Dodge just recently made the same decision. Overall, Michaud is very happy with his choice to come to the Lumberjacks, and is very grateful to everyone that helped him along the way.

"My time with the Lumberjacks has been amazing," said Michaud. "I owe a huge thank you to Coach Mosso and Coach Lowry for believing in the team and myself. The past couple months have changed my game in a way I didn’t know was possible. I can confidently say I am prepared to play at the collegiate level next year. I would also like to thank my parents and family for the continued support throughout this process; I couldn’t have done it without them."

Michaud and the Lumberjacks head to Haverhill, MA this weekend, for a pair of games against the Valley Jr. Warriors. This weekend's games are the final two regular season contests on the schedule, so Vermont will be looking to take care of business and head into the playoffs with some momentum. 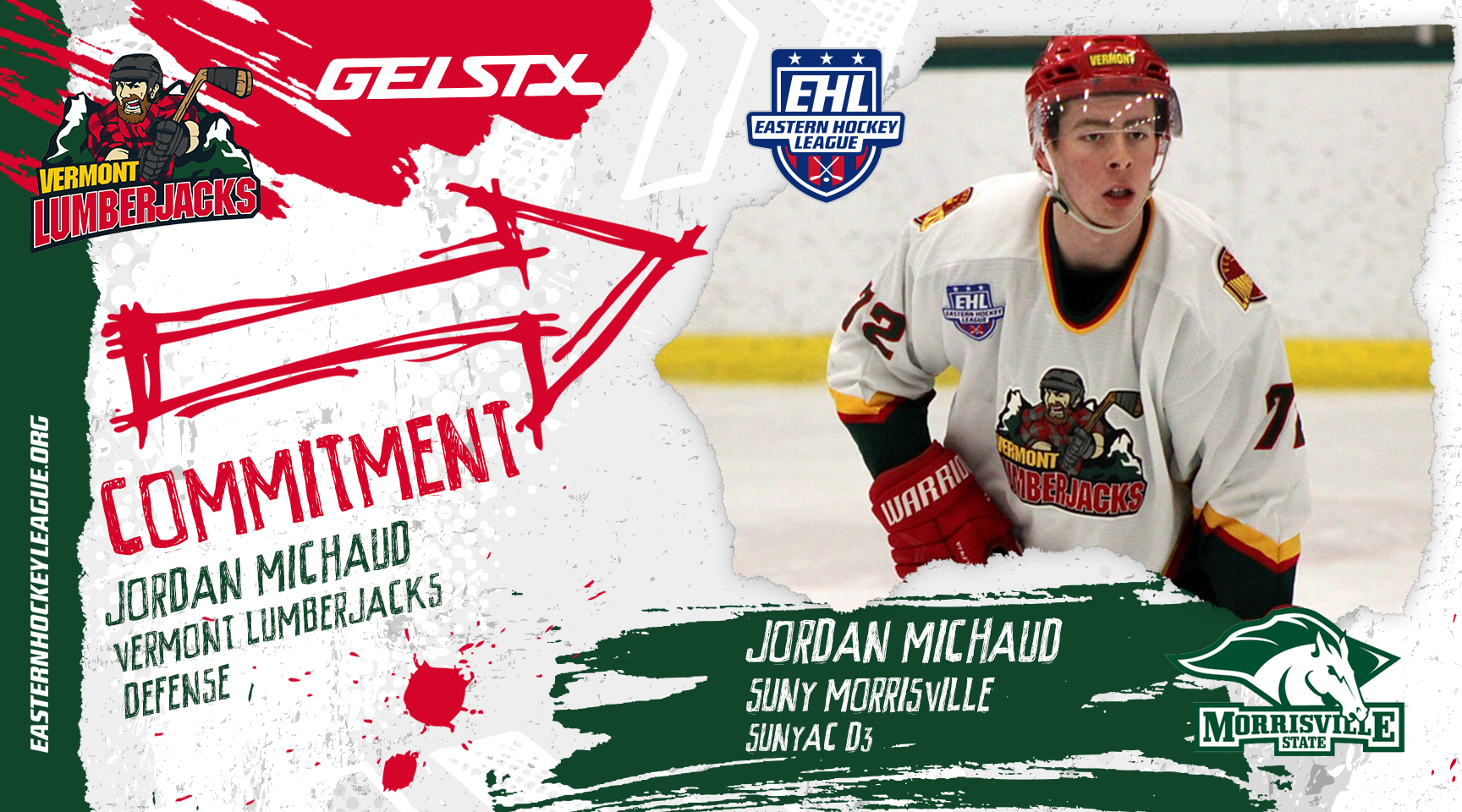