BURLINGTON, VT -- The Vermont Lumberjacks are pleased to announce that Jacob Dillon has committed to Post University for the fall of 2020. The '99 native of Fairport, NY recently finished his 3rd season with the Lumberjacks, and first at the Eastern Hockey League (EHL) level. After spending time developing for a pair of seasons in the Eastern Hockey League Premier (EHLP), Dillon made the jump this past year, and now will finish climbing the ladder onto NCAA hockey this fall.

"I have had the pleasure of coaching Jacob for 3 years," said EHL head coach and general manager Jim Mosso. "He has come a long way from the time he first stepped onto the ice with us as an EHLP player. His 2nd year he was a captain for us and helped our staff create the culture we are known for today. This year, JD was able to put everything together and was crucial to helping the EHL team become one of the top teams in the league. I look forward to seeing what he can do at the college level."

With Dillon's commitment, the 2019-20 Lumberjacks team continues to set the bar higher and higher for advancements in a single season. Prior to this year, the Lumberjacks record for NCAA Commitments in a year was nine, a mark that the team reached in the 2013-14 and 2017-18 seasons. At 14, and still counting, the 2019-20 season will be remembered for a long time in the history of the program.

As for Dillon, the veteran forward is beyond grateful for the time he spent in northern Vermont. With three years of preparation, Dillon saw his game improve tremendously during his time with the Lumberjacks. Combined between the EHL and EHLP, Dillion played just over 100 games in his junior hockey career, scoring 34 goals and dishing out 42 assists over the past three years.

"Coach Mosso and the Lumberjacks showed me what it takes to be a complete college hockey player," said Dillon. "I would also like to thank my Mother, my Grandparents, and my brother for everything they’ve done for me. I wouldn’t have this opportunity if it wasn’t for them."

Dillon is the 2nd Lumberjacks' player to ever commit to Post, and the 14th player in league history to choose the Eagles. 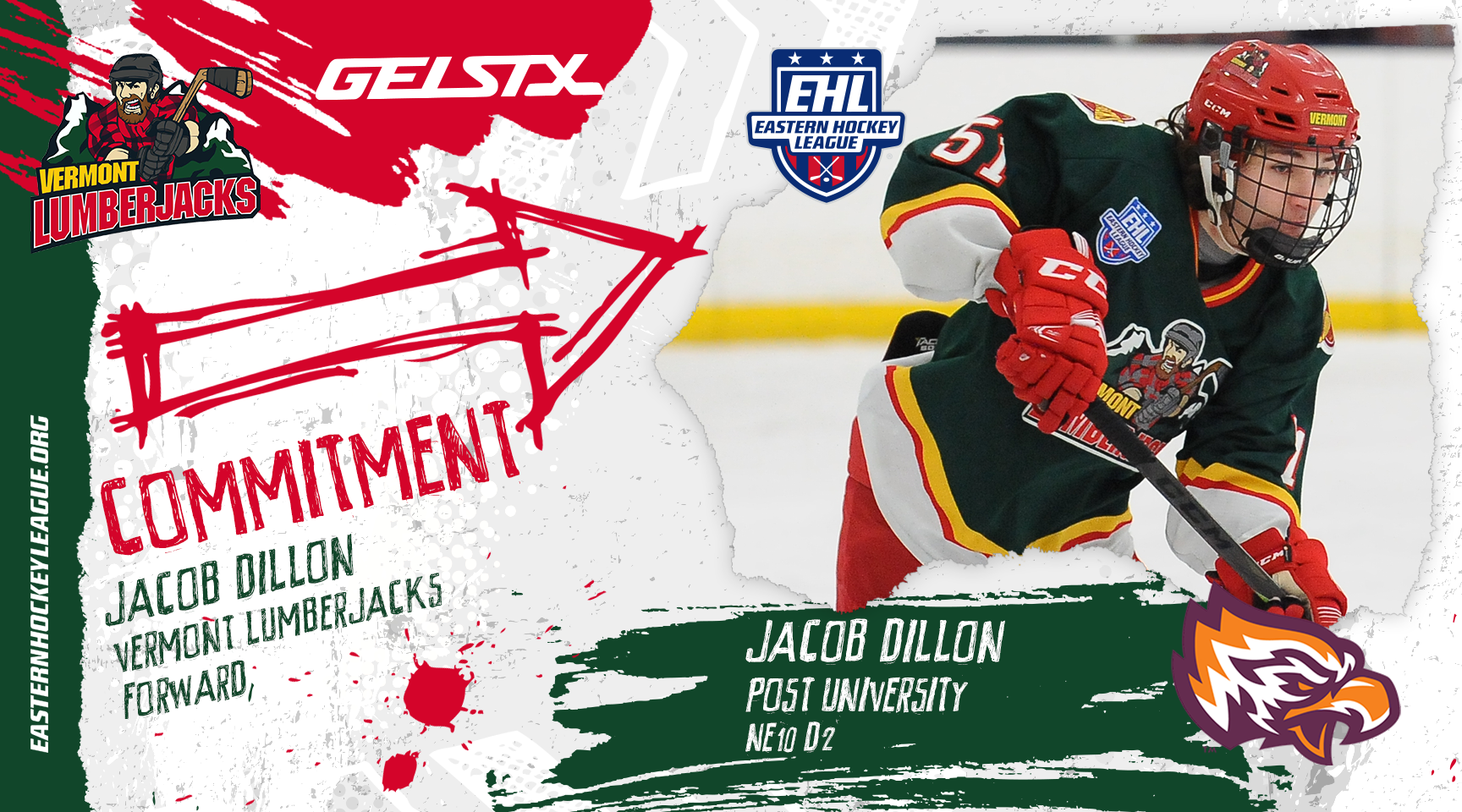