BURLINGTON, VT -- To date this season, the Vermont Lumberjacks have seen their teams combine to play a total of five games. While the overall number is probably smaller than the organization had hoped for at this time, it truly shows just how challenging this year has been for the teams in the Eastern Hockey League (EHL) and the Eastern Hockey League Premier (EHLP). Through all the ups and downs, and constantly changing rules and regulations regarding the COVID-19 pandemic, the EHL team is 3-0-0 and the EHLP team is 2-0-0.

At the EHL level, it goes without saying that the team's leader on offense is Egan Schmitt. With five goals and two assists through his team's first three games, the '01 native of Cambridge, NY is a lock for this year's EHL All-Star Classic. Schmitt however, is not the only player contributing on offense right now, as 11 other players have tallied at least a point so far this year.

Shifting back between the pipes, and the expectations for David Reduzzi were sky-high when the season began. Since then, the 2000-born netminder won his first two starts and was named the Goalie of the Month at the end of September. It's also worth noting that Cam Isabelle is one of the latest success stories to climb the ladder within the Lumberjacks organization, winning his first start since moving up from the EHLP to the EHL.

Speaking of the EHLP squad, who sits with a perfect record through their first two games of the season, the Lumberjacks are looking to pick up where things left off in March. Just like the EHL team, the EHLP team was gearing up for the Second Round of the playoffs when the season was cancelled. The only difference between the two teams however, is that the EHLP team had just beat the defending champion New England Wolves to advance to the point where they had reached.

As for the current season to date, the Lumberjacks won their first two and only games of year, each of which were against the Walpole Express. Jackson Collins leads the way with six total points to date, and his productive series against Walpole helped him earn Forward of the Week honors in the EHLP.

As for the goaltenders, Sam Fath made 21 saves to secure the opening day victory for his team, and then Nick Digiacomo followed suit with 44 saves of his own in the following matchup.

Coming up this week for the Lumberjacks, each team hits the ice for a pair of games. Today, the EHL and EHLP teams take on the New Hampshire Avalanche, and tomorrow each squad will take on the Walpole Express for the 3rd time this season.

Kicking-off the beginning of next week, both teams will play three games in three days on Monday, Tuesday, and Wednesday, against the Valley Junior Warriors. 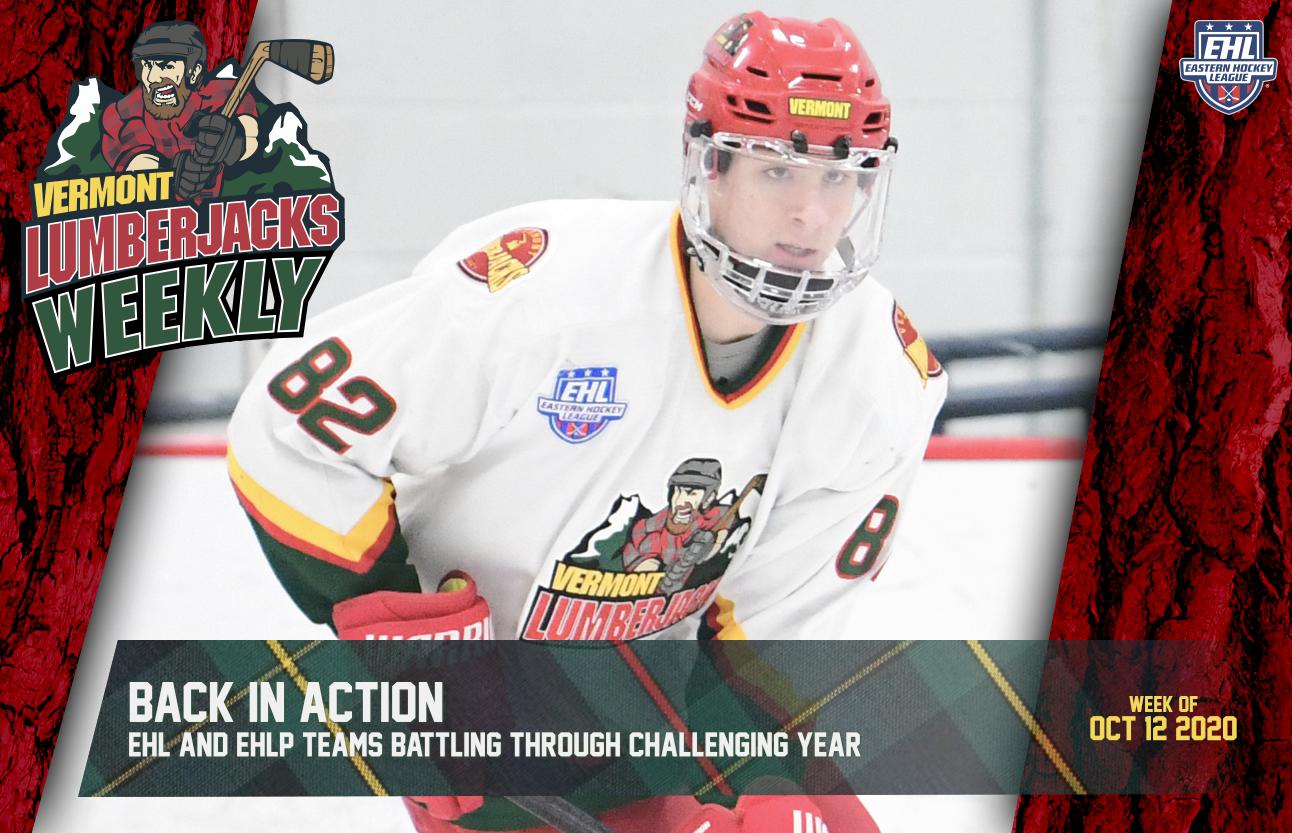