With that being said, everyone within the organization remains focused and prepared, knowing that number of upcoming changes won't be decreasing anytime soon.

Starting with the EHL team, the Lumberjacks are off to a great start with a record of 6-2-0 in their first eight games. After kicking off the season with three wins in their first three games, Vermont was humbled with a tough 2-1 loss at the hands of the New Hampshire Avalanche, which was then followed up by a shutout defeat against the Walpole Express.

From there, Vermont stopped the skid immediately, flipping the script with a three-game sweep of the Valley Junior Warriors. While there were many key contributors to the victories, no one stood out more than Davis Bone. The '01 native of San Diego, CA had a hat-trick in the opening 6-3 victory on the 19th. He then added two more goals including the game winner, in a 7-5 win the very next day. Last, but not least, Bone capped off the week with an assist in the 5-3 win on Wednesday the 21st. Overall, Bone has 10 points so far, in his first season of junior hockey.

Back on the blue line, there are six total players that have at least a point to their credit so far this year, with Lucas Doran leading the way with five assists to date. Connor Nagy is right behind Doran with four assists of his own, all of which came in the 2nd and 3rd matchups against Valley, earning Defenseman Top Perfomer honors for the '01 native of Trenton, MI.

Wrapping things up between the pipes, David Reduzzi has started nearly 2/3 of the games so far, owning a record of 4-1-0 to date. Filling in behind Reduzzi is Cam Isabelle, who after suffering his 1st loss of the season against the Express, bounced back with his 2nd win of the year against the Warriors.

The schedule was similar for the EHLP team, starting with matchups against the New Hampshire Avalanche and the Walpole Express.

In the first game against the Avalanche, the Lumberjacks led by a goal twice towards the end of the contest, but ultimately felt like they let one slip away in a 5-3 defeat.

The very next day, Vermont was seeking their 3rd win of the season against the Express, but got off to a slow, falling behind 4-0. The tables turned from there however, as the Lumberjacks cut the lead down to 4-1 late in the 2nd, 4-2 early in the 3rd, and then Brandon Clark knotted things up at four apiece with back-to-back power-play goals.

Ultimately Jason Smith helped complete the full comeback effort, with the shootout winner for the Lumberjacks.

Fast-forward to the series with the Warriors, and the EHLP team was only able to play two of the three games on Monday through Wednesday.

However, both matchups were tightly-contested 2-1 games, with Vermont earning their win in regulation and loss in overtime.

Overall, the EHL and EHLP teams combined to take nine out of a possible 10 total points in the series with Valley.

To date, the key forward to watch for the Lumberjacks has been Sawyer Wirsing, who leads the team with nine points through six games. Smith follows suit on the blue line, with four points, including a game-winning goal and shootout winner.

Then, between the pipes, Nick Digiacomo and Sam Fath have each earned a pair of victories so far this season.

With a constantly changing schedule, the Lumberjacks are planning to return to game action the weekend of November 6th, 7th and 8th.

Currently, the EHL team is supposed to face-off on Saturday the 7th against the East Coast Wizards at 6:40 pm.

That same day, the EHLP team will battle the Express for a 4th and final time at 7:30 pm.

Stay tuned for news and updates regarding the upcoming schedule for both teams. 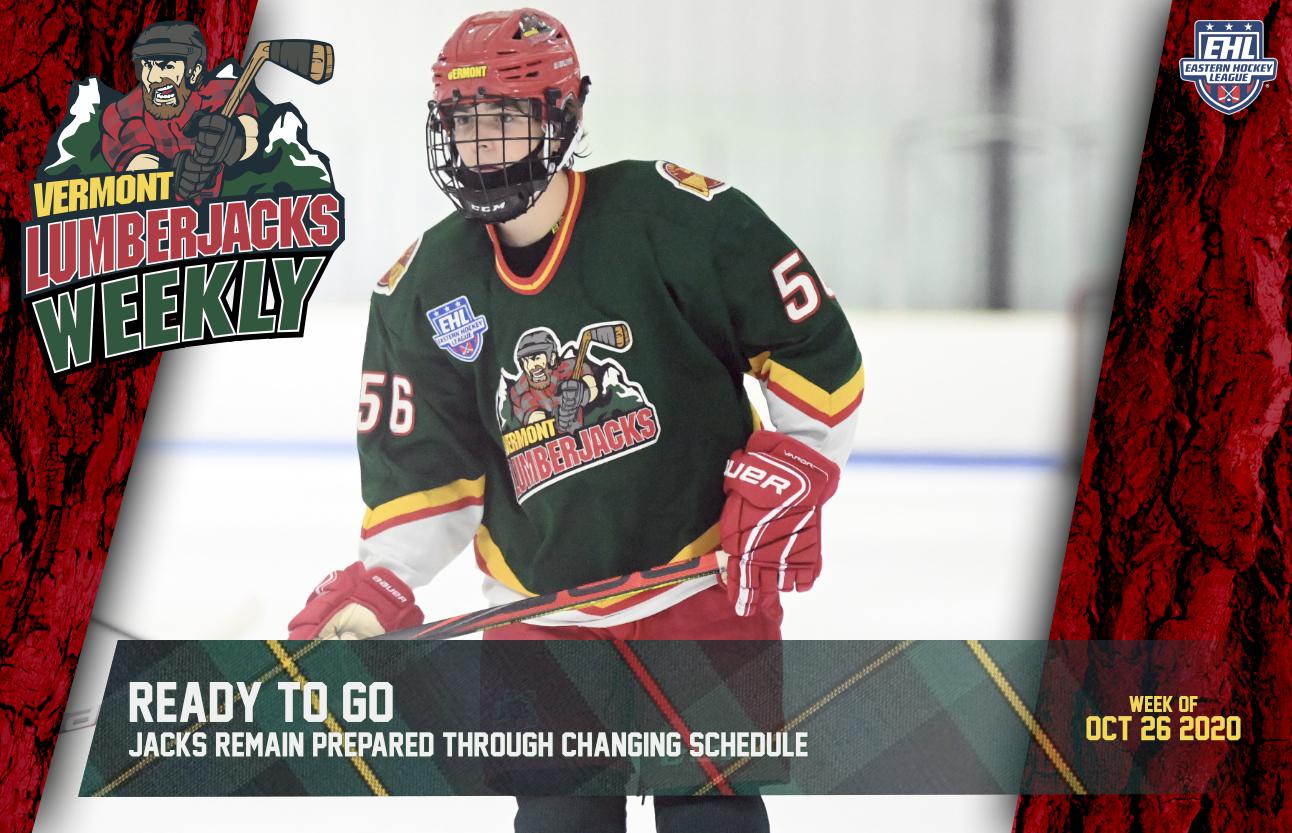