WATERVILLE VALLEY, NH -- The Lumberjacks Hockey Club is pleased to announce that MacCallum Brown has committed to Rivier University for the fall of 2021. The 2000-born native of Tampa, FL is in his 3rd season with the Lumberjacks, and in 108 career games in the Eastern Hockey League (EHL), he's tallied 22 total points to his name.

"Mac is one of those players that totally transformed his game in the 3 years he spent here with the Lumberjacks," said EHL head coach and general manager Jim Mosso. "He has been a great teammate and bought into the culture early on. He pushed himself and his teammates along the way to better themselves and receive college opportunities. On top of being a leader on the ice, he is a player that has become a role model for rookie players to aspire to be like in all other areas. Mac is also a dedicated 4.0 student and is well-rounded as a person. He has helped me rebuild the culture here with the 'Jacks, and he will have a part in building the culture at Rivier. The Lumberjacks are very proud of Mac and wish him the best of luck in college hockey."

As Mosso mentioned, Brown will be part of the inaugural group at Rivier this fall, looking to lay the foundation for the brand new NCAA Division III hockey program. The shutdown defenseman is looking forward to the challenge and beyond grateful to the Lumberjacks for helping him earn this opportunity.

"My experience with the Lumberjacks has been three of the best years of my life," said Brown. "I got to meet some great friends and teammates, supported by the culture we have here. Coach Mosso and the organization helped me get this college opportunity by developing and teaching me what it takes to play at the next level.”

Before Brown begins preparing for this upcoming fall, he and his teammates have one final challenge in front of them this season. Brown the Lumberjacks will head south this upcoming week, as they get set to compete in the EHL Frozen Finals for the first time in franchise history. The team's first game puts them up against the Boston Jr. Rangers on Wednesday at 4:30 pm. 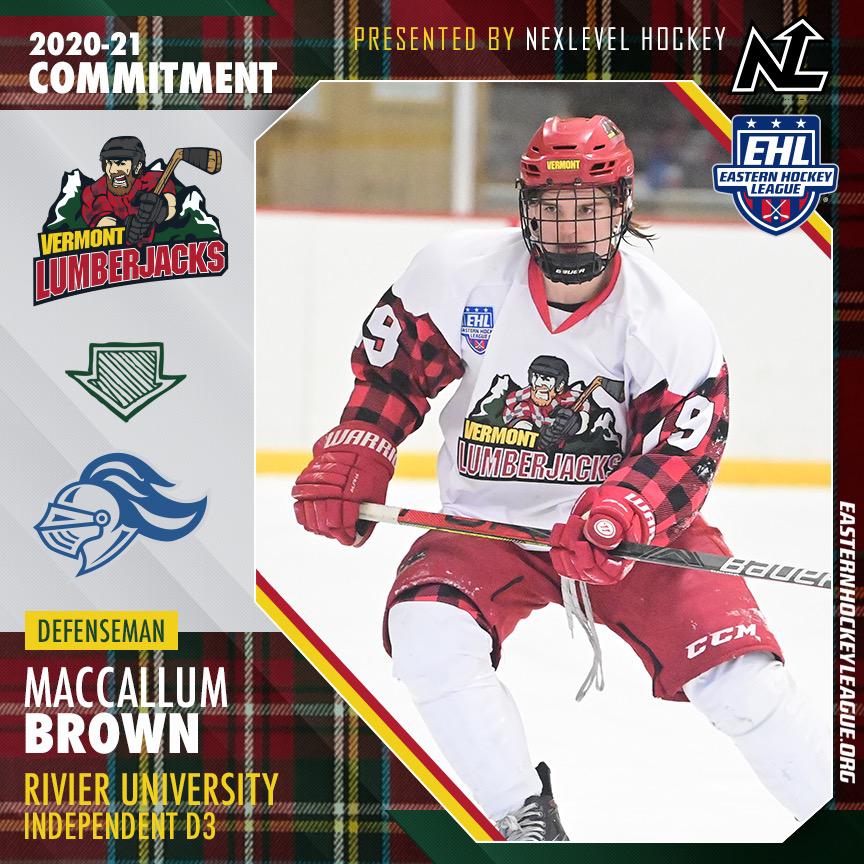