BURLINGTON, VT -- The Vermont Lumberjacks are pleased to announce that David Reduzzi has committed to Nazareth College for the fall of 2021. The 2000-born native of St. Charles, MO spent two seasons with the Lumberjacks, and throughout that time won 39 total games in the Eastern Hockey League (EHL). Overall, Reduzzi finishes his junior hockey career ranked as the 9th winningest goaltender in league history.

"[David] Reduzzi has been instrumental to the Lumberjacks climb to success these past two seasons," said EHL head coach and general manager Jim Mosso. "He has been the most consistent goalie I’ve ever coached both mentally and physically. He has an ability to make saves in all of the key moments and has shut the door against the league’s top teams. I am very proud of who this young man has become and I can’t wait to see what he accomplishes at Nazareth."

As Mosso mentioned, Reduzzi played a huge role in his team posting a cumulative record of 51-28-12 over the past two seasons. The veteran goaltender was the team's anchor each year, and especially so this past season when he helped lead Vermont to their first-ever appearance in the EHL Frozen Finals.

"Playing for the Vermont Lumberjacks was invaluable to my hockey career," said Reduzzi. "The environment Coach Mosso and the Rosales family created gave me everything I needed and more to succeed at the junior level. I want to thank my family and teammates for helping and pushing me along the way. I am looking forward to playing college hockey at Nazareth."

Reduzzi now sets off to begin his collegiate hockey career with one his 2020-21 teammates in Jeremy Swartz, a 6'2" defenseman that chose Nazareth back in early May. 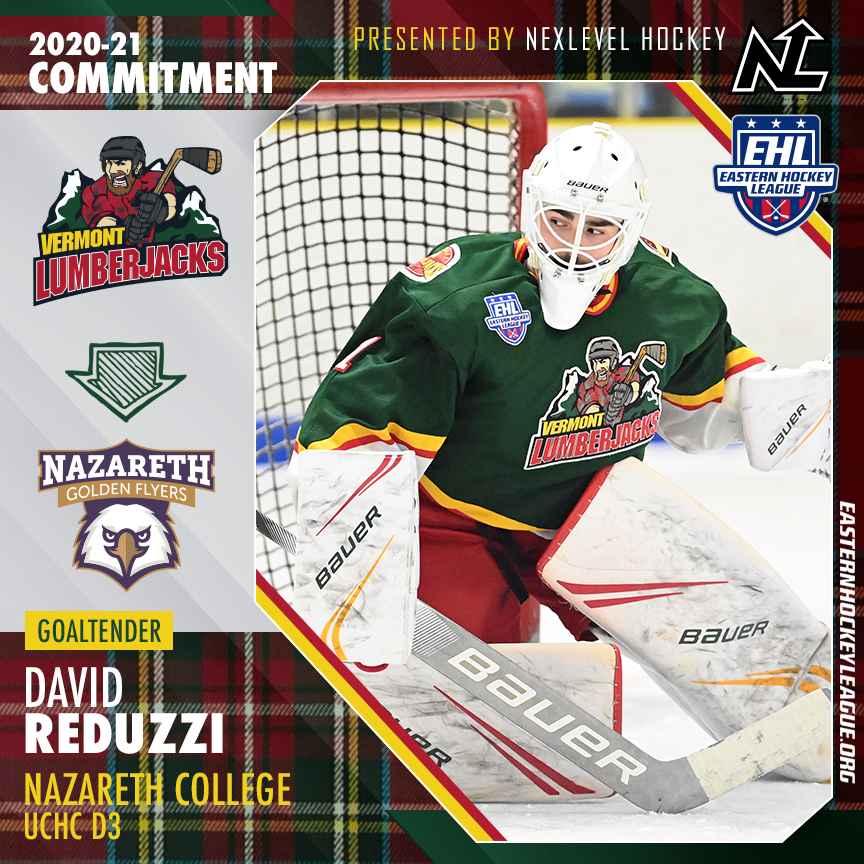