BURLINGTON, VT -- The Vermont Lumberjacks are pleased to announce that Tyler Murray has committed to Southern New Hampshire University (SNHU) for the fall of 2022. Murray is in his 3rd season with the Lumberjacks and 2nd full year at the Eastern Hockey League (EHL) level. However, Murray's time in Vermont actually begin in the 2017-18 season when he tallied 12 points in 15 games in the Eastern Hockey League Premier (EHLP).

Following the 2017-18 campaign, Murray spent a pair of seasons developing at the 18U level with the CP Dynamo. That two-year stint was followed up by his current two-year stint with the top team in the Lumberjacks' program, and to date, Murray has tallied 47 points in 74 career games in the EHL.

"Tyler is a 100% team player," said EHL head coach and general manager Gary Gill. "He's always pushing his teammates to be better. He has the heart of a lion. I believe Tyler will bring his work ethic and determination to SNHU. His magnetic personality will draw others to bring their 'A' game every day. All of us here at the Lumberjacks are very proud and excited for [Mur] and his future collegiate hockey career."

The SNHU Penmen have always been heavy recruiters of the EHL, with Murray going in the books as the 34th EHL player to commit to the school in league history. He's part of a three-player EHL class heading to SNHU this fall, as he will be joined by his current teammate Aaron Damren, plus Alex Muthersbaugh of the New Hampshire Avalanche.

"I'm excited to play hockey at the next level and play against some of the players I have played with for the last two years," said Murray. "I think we will have a great group of guys and can't wait to see what the future holds at SNHU. I’d like to thank my family, friends, and coaches for the support along the way."

Murray and the Lumberjacks are one of the hottest teams in the EHL, and they will look to keep things rolling when they host the Avalanche for a pair of games this weekend. 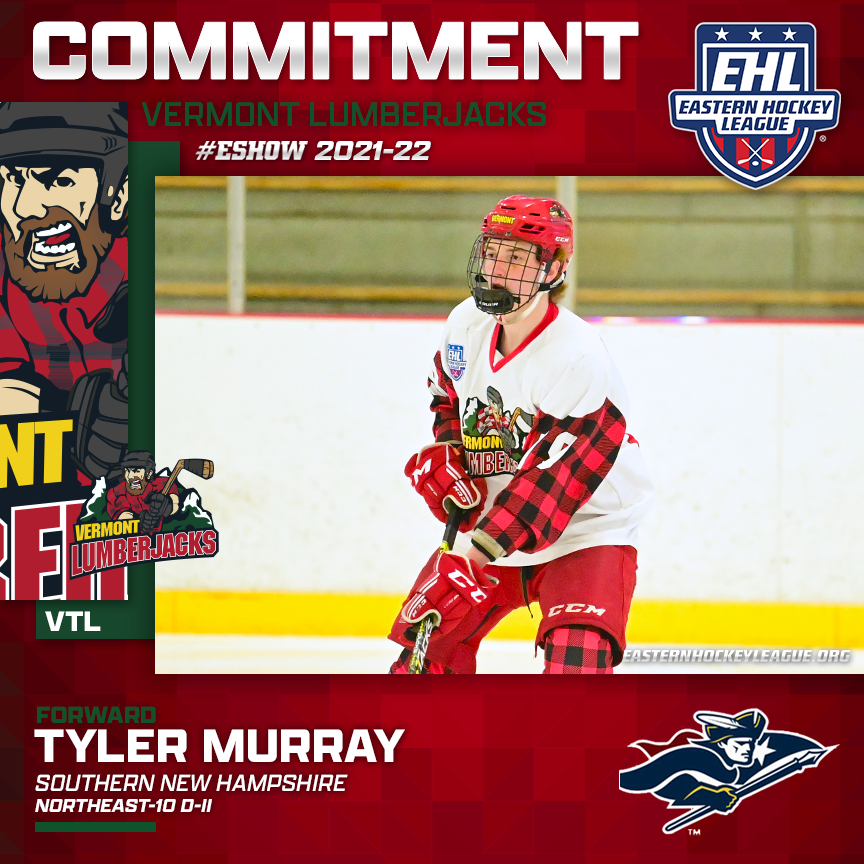