BURLINGTON, VT -- The Vermont Lumberjacks are pleased to announce that Aaron Damren has committed to Southern New Hampshire University (SNHU) for the fall of 2022. The '01 native of Lebanon, NH is in his 5th season with the Lumberjacks program, and 1st at the Eastern Hockey League (EHL) level. Damren's junior hockey career began when he was just 16 years old, and featured four years of development in the Eastern Hockey League Premier (EHLP).

"Aaron is an outstanding young man who fears nothing," said EHL head coach and general manager Gary Gill. "Aaron puts his heart and soul into his game, every single day. He always has a smile on his face, and he's one of the most coachable young men I have ever had on my team. He  wants to get better everyday. Aaron is a very steady defenseman that will bring consistency to the blue line for Coach [Sean] Walsh and the SNHU Penmen. The Lumberjacks are very proud and excited for Aaron and his future."

As Gill mentioned, Damren is as steady as they come on the back end in the EHL, all while posting nine points offensively so far this year. As for his time in the EHLP, Damren tallied 75 total points in just over 150 games played.

Looking ahead to this upcoming fall, Damren is one of two Lumberjacks players heading off to SNHU, as he will be joined by another player that climbed the #EShow Ladder of Development in Tyler Murray.

"I am grateful for my time with the Lumberjacks and will cherish the memories I've made forever," said Damren. "Having said that I'm extremely excited to be a Penman and start a new chapter with Coach Walsh and the boys at SNHU."

Damren and the Lumberjacks have won four straight games, and they will look to keep things rolling when they host the Avalanche for a pair of games this weekend. 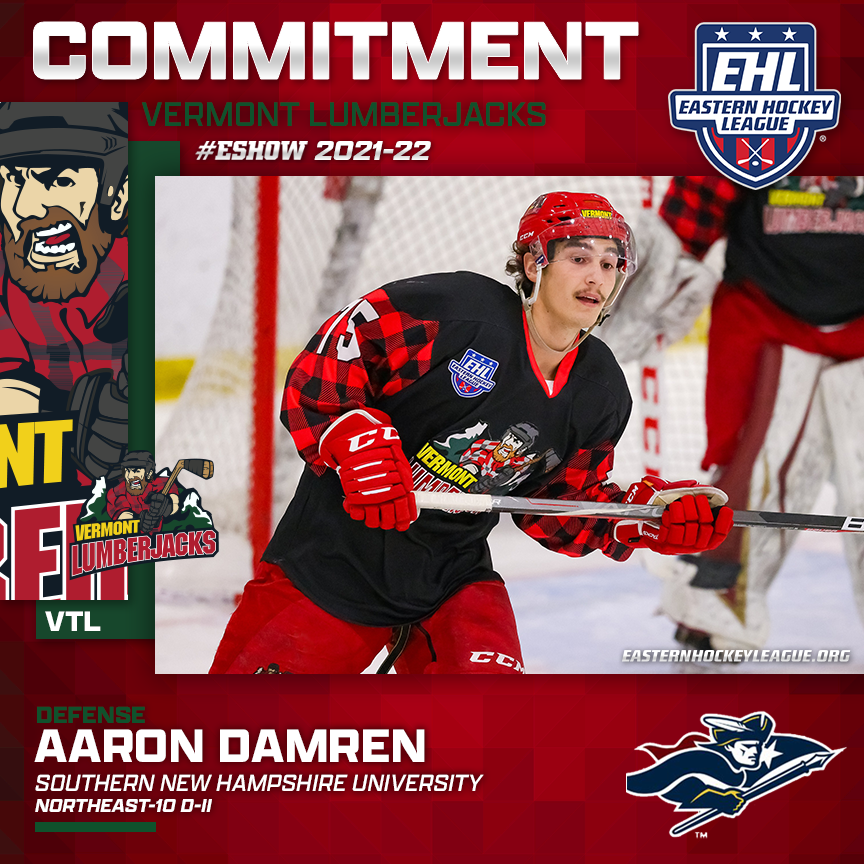