BURLINGTON, VT -- The Vermont Lumberjacks are pleased to announce that Aidan LaValley has committed to Buffalo State for the fall of 2022. The '01 native of Champlain, NY is in his 3rd overall season with the Lumberjacks, and 2nd at the Eastern Hockey League (EHL) level. LaValley's junior hockey career begin at the Eastern Hockey League Premier (EHLP) level in 2017-18, and took him on a journey to this special moment.

"Aidan is an outstanding young man, both on and off the ice," said EHL head coach and general manager Gary Gill. "His drive and work ethic will have an instant impact with Buffalo State. As a coach, you couldn't ask for a better young man in your organization. The Vermont Lumberjacks are so happy and proud of Aidan, and wish him the very best in his future with Buffalo State and beyond. He will be truly missed!"

Looking back on LaValley's first season with the Lumberjacks, and 20 games in the EHLP provided the playmaking forward with a great first taste of junior hockey. In total, LaValley finished that year with five goals and 17 assists to his credit.

Following that season, LaValley's path took him through a year of midgets to a year of prep school, and then a pair of seasons in the EHL. For his career in the EHL, LaValley has played in 84 career games to date, with 24 goals and 55 assists picked up along the way.

"I'm very excited to further my hockey career at Buffalo State," said LaValley. "I can not thank my family, coaches, and teammates enough for the support that has given me the opportunity to play hockey at the collegiate level."

LaValley and his teammate Tyler Penree will be heading off to join the Bengals together this fall, but first, they will look to leave one final stamp on their time in the EHL.

After reaching the EHL Frozen Finals for the first time in franchise history last year, this season's goal isn't just to make it back, but also to reach further than they did before. 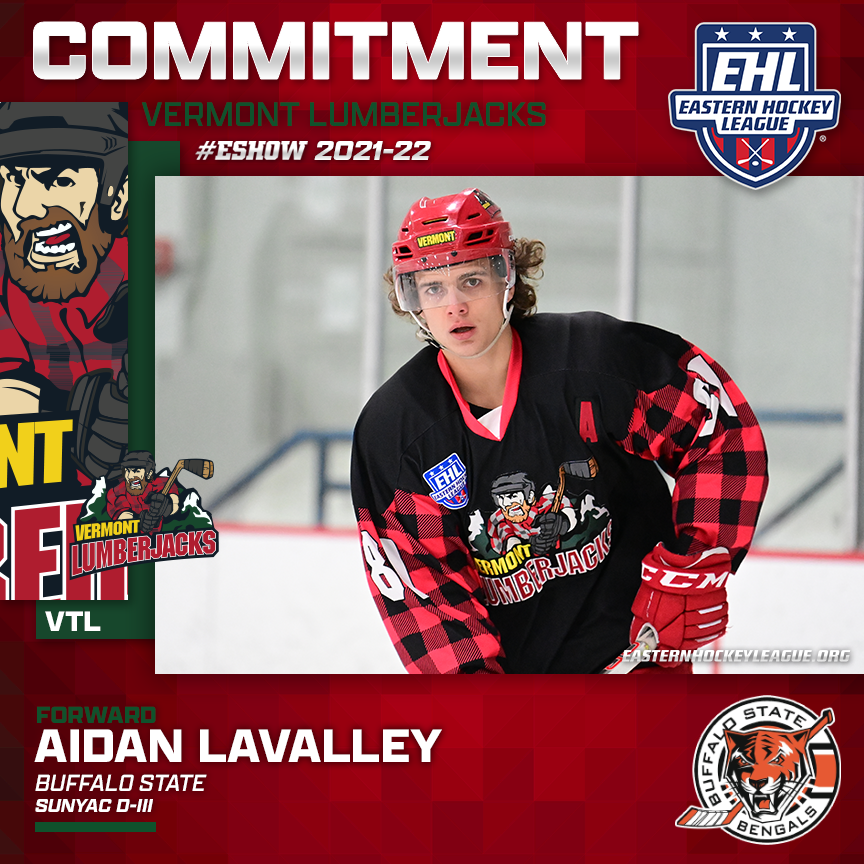