BURLINGTON, VT -- The Vermont Lumberjacks are pleased to announce that Brandon Clark has committed to UMass Dartmouth (UMD) for the fall of 2022. The '01 native of Rochester, NY recently finished his 3rd season with the Lumberjacks, and 2nd at the Eastern Hockey League (EHL) level. Clark's junior hockey career began at the Eastern Hockey League Premier (EHLP) level back in 2019-20, and as he progressed in Burlington, capped off his time with the Lumberjacks by serving as a captain this year.

"Brandon is an exciting and creative hockey player," said EHL head coach and general manager Gary Gill. "He has a natural ability to put the puck in the net or find his teammate with the puck. Brandon is a very passionate and gritty player, that strives to make his team better every day.  Brandon will be missed as he was a true warrior for the Lumberjacks. I believe he will have an instant impact at UMass Dartmouth, as an an organization we wish him the very best in his very bright future."

Looking back on Clark's production throughout his time in the league, and he came out of the gates flying by posting 52 points in 43 EHLP games back in 2019-20. Combined over the next two seasons in the EHL, Clark tallied 70 more points in 85 total games.

"I'm extremely excited to further my athletics and academic career at UMass Dartmouth," said Clark. "I would like to thank my family, fellow players, coaches and everyone who helped me get the opportunities I’ve gotten along the way."

While Clark goes in the books as the 40th player in league history to choose the Corsairs' hockey program, he's also just the 2nd Lumberjack in team history to make that decision. Clark follows suit of Chris Stangarone, a former goaltender for Vermont, who picked UMD around this same time, four years ago. 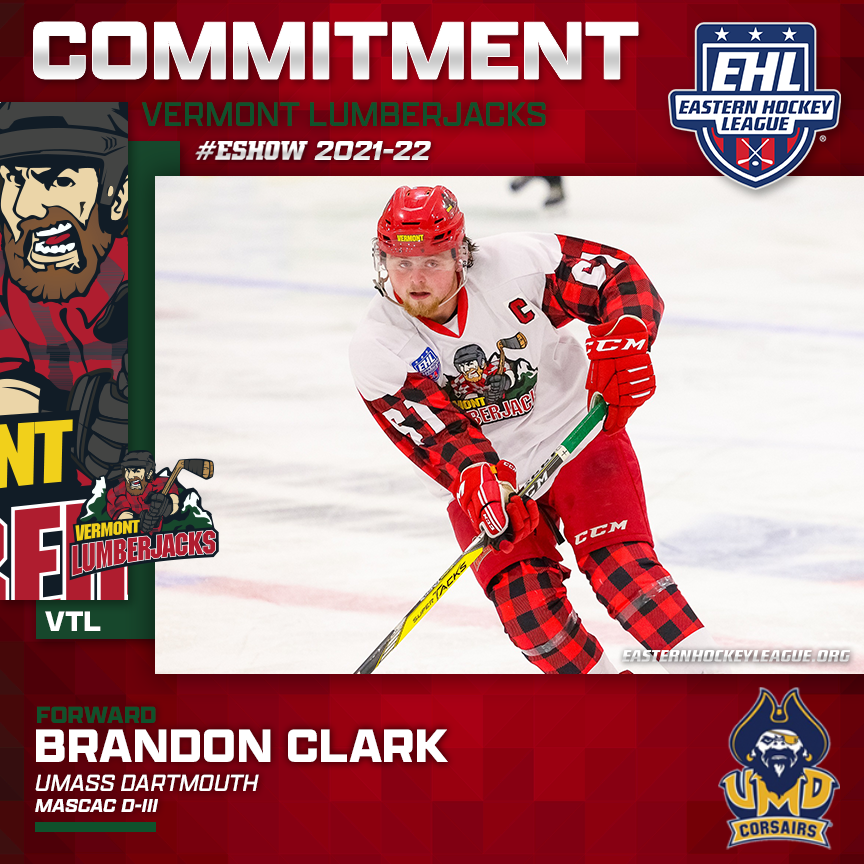