BURLINGTON, VT -- The Lumberjacks EHL team is set to travel down to Rodman Arena this weekend to compete the third EHL showcase of the season. The two games at the showcase will mark the final two games before the holiday break.

On Sunday, the boys will face-off with the Philadelphia Little Flyers at 11:20am on the Olympic Rink in Walpole. This marks the first game between the two teams this season as the Philadelphia Little Flyers currently sit in 2nd place in the Mid-Atlantic Division with a record of 23-6-0. After staying the night down in Walpole, the boys will get back to work the very next day at 10:00am over on the NHL Rink against the Philadelphia Jr. Flyers. This is will mark the first time the Lumberjacks will face the Jr. Flyers this season, who sit in 4th place in the Mid-Atlantic Division with a record of 7-13-5.

Follow the action all weekend long with the EHL Showcase Tracker. 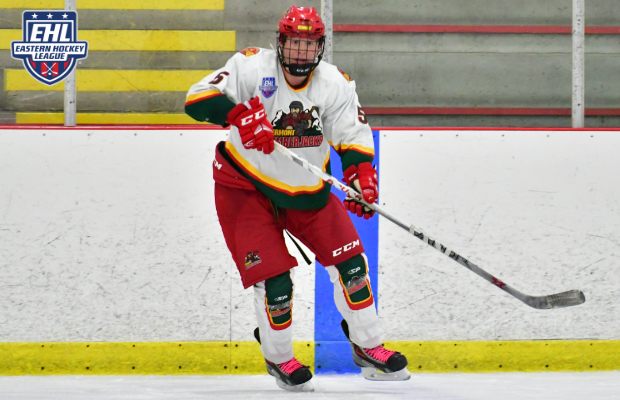