BURLINGTON, VT -- The Eastern Hockey League put together the third showcase of the season this past Sunday and Monday at Rodman Arena in Walpole, MA. There were over 60 scouts from various schools and programs in attendance over the course of the two-day event.

Coming into the December showcase, the Lumberjacks were 3-1-0 in showcase play so far this season but were on a losing skid of seven games. On the first day of the showcase, the squad faced-off against the Philadelphia Little Flyers for the first time this season. The Little Flyers got the games first two goals, but the Lumberjacks leading showcase scorer, Kyle McDonald, cut the lead in half with a power-play tally. The score remained 2-1 until Max Roth scored the team’s second power-play goal of the game to tie it up with just over ten minutes remaining in the contest. The Lumberjacks would force overtime, but unfortunately lost in a shootout. Chris Stangarone made 21 saves in the losing effort.

The league is headed into the winter intermission for the next couple weeks as the Lumberjacks won’t resume play until January 6th and 7th when they host the Walpole Express for a pair of games.

Through the first 29 games, the Lumberjacks sit in 2nd place in the New England Division with a record of 14-13-2. The Lumberjacks hold an 8-3-0 record against divisional opponents so far this season, with six of these matchups remaining. The squad has scored 96 goals this year, which equals out to a 3.31 goals per game average. On the flip side, the team has allowed only 82 goals per game as Chris Stangarone and Tripp Hutchinson have helped the Lumberjacks to a 2.86 goals against per game average. The Lumberjacks are good for 14% on the power play this season and are 3rd in the league in penalty kill percentage at 87%.

Kyle McDonald leads the team in scoring with 17 goals and 21 assists (38 points) so far on the season, and Andrew Bechard isn't far behind with 28 points of his own. Andrew Barder leads all defensemen on the team in points with 26 and is tied with McDonald for the most assists on the team with 21. The defensemen also has the most power-play assists on the team with eight. McDonald has 12 points alone on that power-play unit as well. Chris Stangarone leads the Lumberjacks in wins with 11 along with maintaining a solid 2.86 GAA. 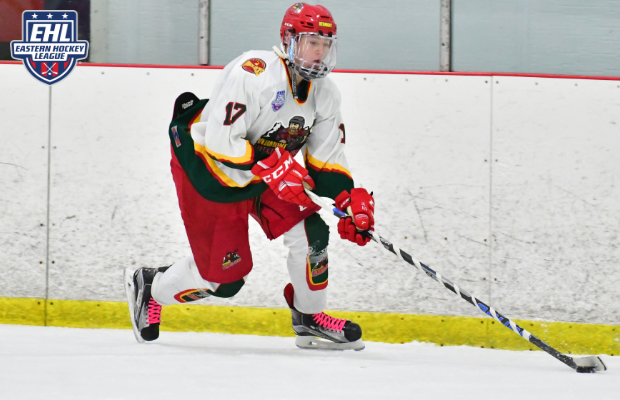