BURLINGTON, MA -- It was a busy weekend for the EHL squad this past weekend as they got back on track and won all three of their games. With the wins the Lumberjacks sit in 2nd place in the New England Division and in 5th place in the North Conference with a record of 19-19-2. The EHLP team on the other hand was off this past weekend and won't play again until February 7th.

On Friday, the squad traveled down to Hyannis for a matchup with the Total Athletic Seahawks. The Seahawks took an early 2-0 lead, but David Rosales responded for the Lumberjacks at the end of the 1st frame to cut the deficit in half. After a scoreless 2nd period, Kurtis Olsen tied up the game for the Lumberjacks with 11 minutes remaining in the 3rd, and the game headed into overtime. The Lumberjacks would go on to win a shootout after the scoreless overtime period. Chris Stangarone made 39 saves in the win for his 15th victory of the season.

The boys returned to action the very next day and traveled up to the Ice Den to face-off against the New Hampshire Avalanche. The Lumberjacks got down to an early 2-0 lead, but yet again fought back to tie the game with goals from Kyle McDonald, and EHL Defensemen of the Week, Patrick Manning. Andrew Bechard gave the Lumberjacks the lead just 34 seconds into the final period. However, the Avalanche would respond with a goal of their own 25 seconds later. The game headed into overtime where Logan Discanio tipped home the game-winning goal for the Lumberjacks on the power-play. Matias Sakkinen was solid in net, stopping 33 shots in the winning effort.

The squad capped off a busy weekend by trying to complete the season sweep of the New England Wolves. The Lumberjacks outscored the Wolves by a combined 31-8 over the past five games and got off to a similar tone on Sunday. Discanio, Andrew Barber, and Conor Lenonard scored the 1st period goals as the Lumberjacks led 3-0 at the end of 20 minutes. Manning then increased the lead with a power-play goal just over four minutes into the 2nd period. Discanio followed suit with a pair of goals himself to complete the hat-trick. Both Glynn Robitaille and Manning once again, would add insurance goals for the Lumberjacks in the 3rd period to help the squad to a 8-1 victory. Stangarone helped complete the season sweep of the Wolves by making 21 out of a possible 22 saves.

The EHL squad is off until next Monday, with a game back at home against the East Coast Wizards. The EHLP squad on the other hand won’t play until February 7th, as it will be their turn to look to complete the season series sweep of the New England Wolves. 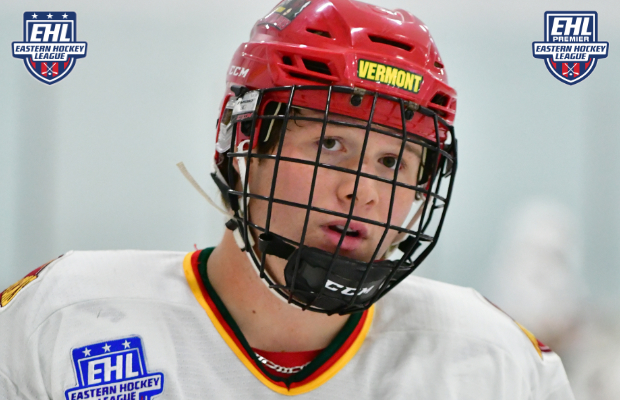