BURLINGTON, VT -- The EHL team dropped both of their games against the East Coast Wizards this past week, which ended their 2017-18 campaign. The Lumberjacks got shutout in Game 1, and despite a late third period rally in Game 2, the squad lost by a 6-3 final, closing our the First Round matchup.

For the EHLP team, things played out better, as the team advance to the North Conference Finals.

The EHLP squad won their First Round matchup against the Walpole Express by the score of 6-0. Geordan Buffoline led the way with a goal and a pair of assists, and both Alex Gowan and Matt Amelio each recorded two points of their own in the win. Connor Carbo stopped all 26 shots that he faced in the shutout victory.

The Lumberjacks are now set to travel to the Breakaway Ice Center for a best-of-three series with the Boston Jr. Rangers. They are led by forward Danila Larionovs, who put up 61 points in the regular season and already has three points so far this postseason. The Rangers won six out of the seven matchups against the Lumberjacks in the regular season, but got shutout in the most recent matchup by a 3-0 score.

The Rangers are fresh off a 7-2 win over the New England Wolves in the First Round, and finished the year as Regular Season Champions, a title that the Lumberjacks owned last season. All three games of the best-of-three series will be played in Tewksbury with Game 1 scheduled to start on Friday at 7:40pm. Game 2 is scheduled for a 12:30pm puck drop on Saturday, and if necessary, Game 3 will be played on Sunday at 1:00pm. 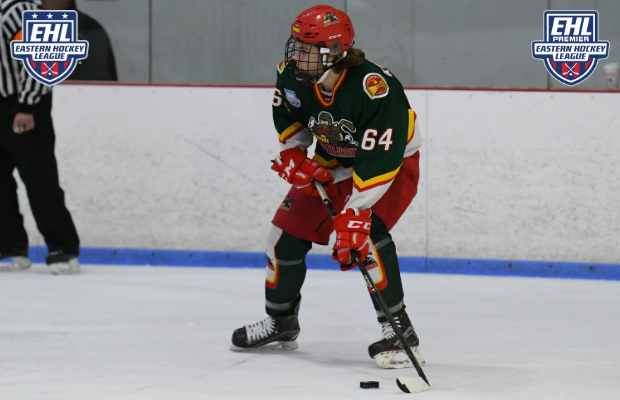