BURLINGTON, VT -- The EHLP squad dropped Game #3 of the North Conference Finals on Monday to the Boston Jr. Rangers, which ended their 2017-2018 campaign. Counting the four four total playoff games, the Lumberjacks finished the season with cumulative record of 35-11-2.

On Friday night, the team traveled down to the Breakaway Ice Center to start a best-of-three series with the Rangers. After the Rangers scored the game’s first three goals, Zack Selinger cut the deficit down to a 3-1 near the end of the 2nd frame with both Connor Cameron and Alex Gowan assisting the tally. However, the Rangers would tack on a couple more insurance goals in the 3rd period, including an empty-netter, and went on to win the game by a 5-1 score. Connor Carbo was busy in net stopping 28 shots in the losing effort.

The Lumberjacks were looking to keep their season alive on Saturday, and they came out of the gates firing, as they took the lead just 26 seconds into the game with a goal from the point by Nick Koszelak. After a scoreless 2nd period, Jacob Dillion gave the boys a two-goal lead with around 12 minutes left in the contest. Dillion would add an empty-net goal in the final 10 seconds to secure the 3-0 victory. Eric Roy stopped all 32 shots that he faced for his second straight shutout against the EHLP Regular Season Champions. Matt Amelio, Aiden LaValley, Skylar Pettingill, and Geordan Buffoline all recorded an assist apiece in the win.

Game #3 was pushed to Monday and moved from the Breakaway Ice Center to Stoneham Arena. The Rangers scored the first three times, but Connor Cameron got a goal back for the Lumberjacks near the end of the 2nd frame, thanks to a nice dish from Aaron Damren. Despite outshooting the Rangers 20-7 in the 3rd period, Vermont couldn't find the back of the net and fell by a 4-1 final. Just like the regular season, Buffoline led all Lumberjacks in points during the postseason, with four to his name. Dillion led his team in the goal category, as he found the back of the net three times. 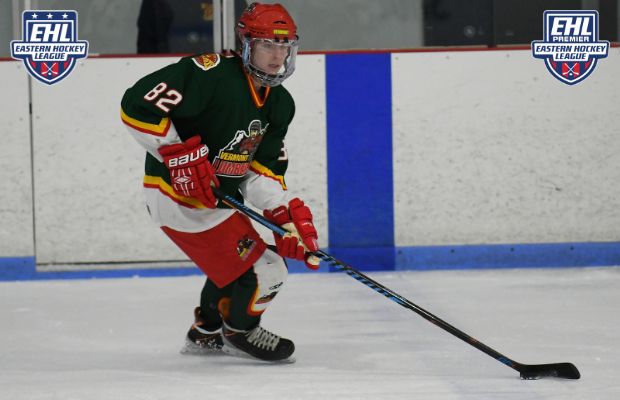