BURLINGTON, VT - Hockey is back in Vermont, as the EHLP got their season underway this past weekend. In a hard-fought matchup, the Lumberjacks came up on the short end of a 2-1 defeat at the hands of the New Jersey Renegades.

The EHLP squad welcomed the New Jersey Renegades to town this past weekend for the first of two matchups with their Mid-Atlantic Conference opponent. Forward, Raymond Miller scored the first goal of the season for the EHLP squad with assists by both Tyler Nash and Connor Cameron. However, the Renegades responded shortly after with a goal of their own to knot up the game at 1 apiece going into the final frame. The Renegades then took the lead on the power-play, and won the game by a final of 2-1. Dillon Whalen stopped 33 shots in the losing effort. The Premier squad will get back to work this upcoming weekend with a three-game series starting on Friday against the Valley Jr Warriors.

As for the EHL team, their weekend set of games with the North Carolina Golden Bears was unfortunately cancelled due to Hurricane Florence. With that being the case, the team will now open up their 2018-19 season with a pair of matchups of their own against the Valley Jr. Warriors. 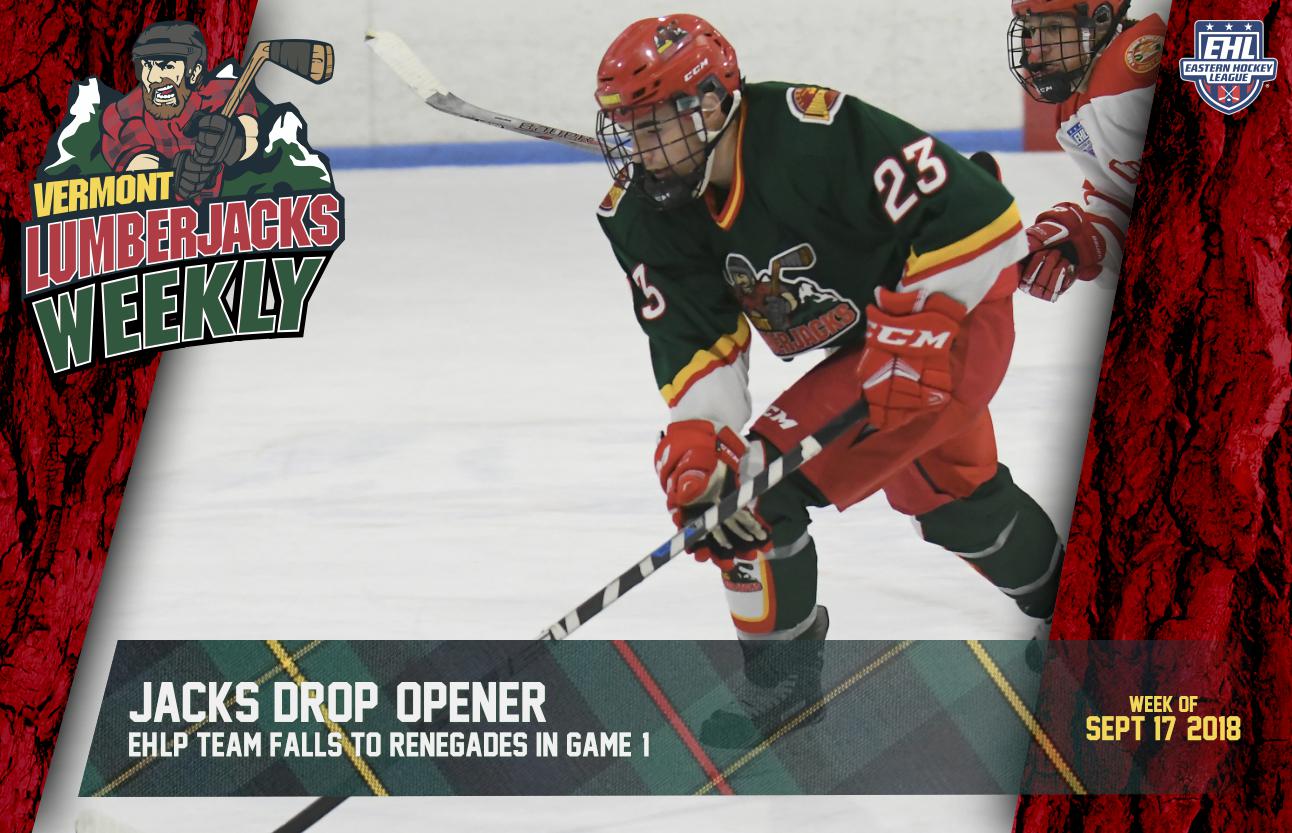