BURLINGTON, VT -- The first EHL league-wide showcase took place this past weekend in Walpole, MA. The EHL squad unfortunately fell short in a couple of close matchups against a pair of Mid-Atlantic Conference opponents. The EHLP team on the other hand took care of business at home against the Central Penn Panthers in their lone matchup of the weekend.

On day #1 of the showcase the Lumberjacks had a tough task ahead of them as they took on the undefeated Philadelphia Little Flyers. After falling behind early in the 1st half, Glynn Robitaille found the back of the net for to knot up the game at 1 apiece in the final minutes of the frame. However, the Little Flyers responded with a big 2nd half, scoring 3 goals, to beat the Lumberjacks by a 4-1 final score. Peter Siolas made some big saves in the loss, stopping 36 out of 40 total shots sent his way.

The squad returned to Rodman Arena the very next morning to face-off against the also undefeated, Philadelphia Jr. Flyers. After falling behind early once again, Mason Emoff put the Lumberjacks on the board with just under 6 minutes left in the half. James Boisvert added another goal late in the frame to give Vermont a 2-1 advantage going into the intermission. It only took around 2 minutes of 2nd half play for Jackson Aldrich to notch his first goal of the young season to give the Lumberjacks a 3-1 lead. However, the Jr. Flyers would rally with 4 unanswered goals to take the game by a final of 5-3. Connor Carbo stopped 25 shots in the losing effort.

The EHLP squad welcomed the Central Penn Panthers to town this past Saturday for the 1st meeting of the year with the Mid-Atlantic Conference opponent. The Panthers grabbed a quick lead in the first minute of the game, but it was short lived as Frank Mondi responded with a pair of quick tallies of his own to get the Lumberjacks rolling. Roger Kergaravat and Jackson Clayton both found the back of the net just minutes later to give the boys a 4-1 lead, and they didn't look back from their. Kergaravat added a short-handed goal later in the frame as the Lumberjacks took a 5-2 advantage into the 1st intermission. The 'Jacks picked up right where with left off, as Jonny Daggett scored his first goal of the season just past the 16-minute mark of the middle frame. Kergaravat then followed suit by completing his hat-trick near the 4-minute mark to give the 'Jacks a commanding 7-2 lead going into the final frame. Despite giving up a pair of power-play goals in the 3rd period, Vermont won the game by a 9-4 final as Connor Cameron and Ryan Mosher scored 3rd period goals. Alex Herman was solid between the pipes, stopping 25 shots in the victory. 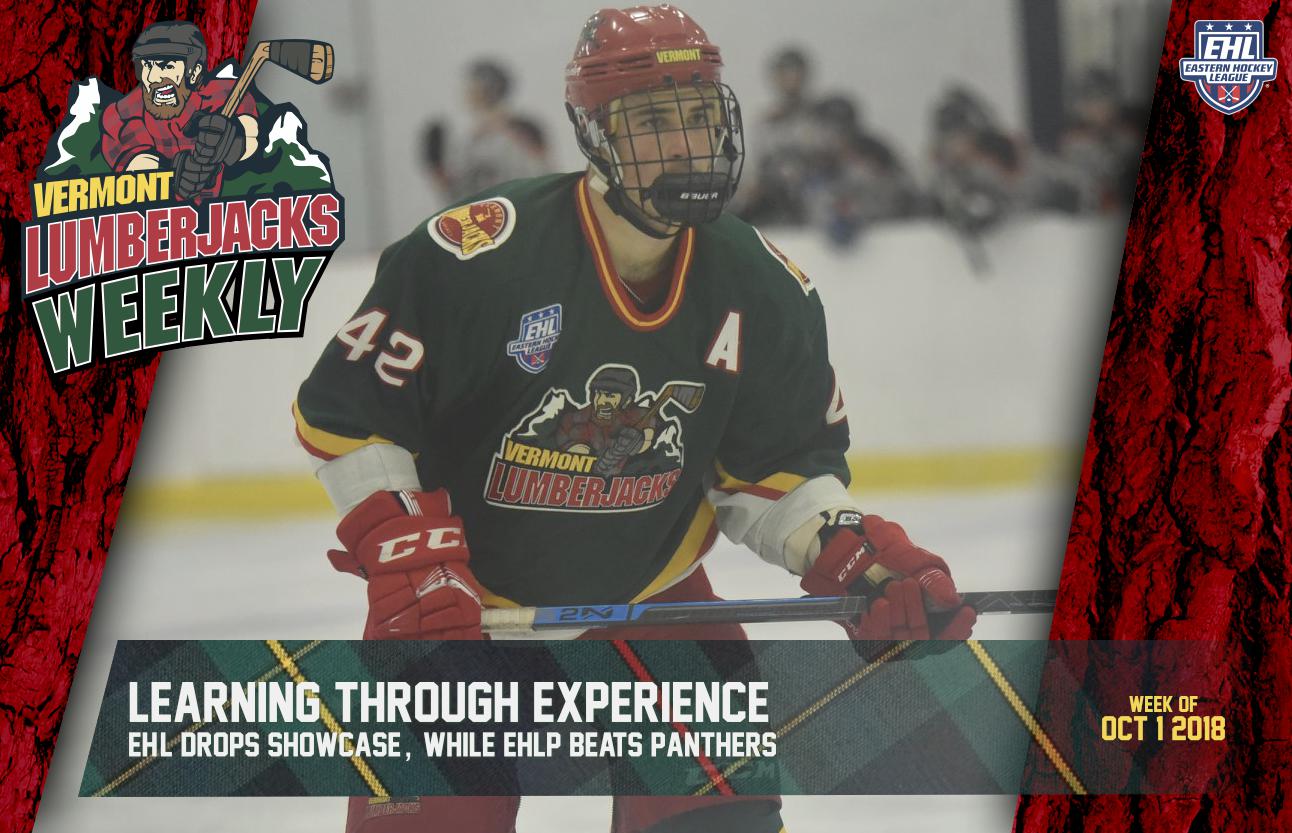