BURLINGTON, VT -- Another week in the books for the Vermont Lumberjacks, as the EHL team went 2-1-0 in their 3 games down in Pennsylvania. With the pair of wins, Vermont improved their overall record up to 5-4-0 for the season.

On the flip side, the EHLP team took care of business in both of their contests this past weekend, running their record up to 9-2-0 for the year.

On Saturday, the boys started off their road trip with a matchup against the Lehigh Valley Jr. Rebels for the 1st of 2 meetings against the Mid-Atlantic North opponent this season. Jensen Dodge got things going for the Lumberjacks, with a goal just over 3 minutes into the game. Glynn Robitaille added a goal at the end of the frame to increase the lead up to 2 goals. Landon Michniak converted on the power-play just over a minute into the 2nd frame, to give the Lumberjacks a commanding 3-0 advantge. Adam Kusior added another goal for the squad a few minutes later, but it was answered by the Rebels before the end of the period as the Lumberjacks took a 4-1 lead heading into the break. It was all Lumberjacks in the 3rd, as they came out with 5 goals in the period and won the game by a final of 9-1. Robby Feathers, Geordan Buffoline (2), David Rosales, and Andrew Bechard had the 3rd period goals.

The team returned to action the next day with a matchup against the Wilkes-Barre/Scranton Knights and picked up right where they left off the day before, as Logan Discanio scored on the power-play just 30 seconds into the game. Just a few minutes later, both Mason Emoff and Robitaille found the back of the net just 13 seconds apart to extend their lead out to 3 goals. The Knights would answer with a goal of their own near the end of the frame to make it a 3-1 game at the break. The 2nd period belonged to the Knights as they answered back with 2 goals in the frame, to knot up the game at 3 goals apiece. Jackson Aldrich gave the Lumberjacks the lead in the 3rd period followed by a short-handed goal from Bechard to help guide the boys to their second win in as many days. Peter Siolas was solid between the pipes, stopping 30 shots in the winning effort.

The boys capped off their 3-game road trip on Monday, facing-off against the New Jersey 87s for the 1st time ever at the EHL level. Unfortunately, the 87's came out strong with 2 goals in the 1st frame, followed by 4 more goals in the 2nd period, and the Lumberjacks never really got going in this one. New Jersey went on to win by the final score of 6-0.

On Saturday, the EHLP team traveled to Rodman Arena in Walpole, MA to kick-off the season series with their division rival. Nathan Damren capitalized on the power-play around the 6-minute mark of the 1st frame to give the Lumberjacks the early 1-0 advantage. The Express would find the back of the net in the 2nd frame as the 2 teams entered the 3rd period all squared up at 1 goal apiece. After a quiet beginning to the frame, Ben Rouillard scored the game-winning goal for the Lumberjacks while the team was short-handed, to lead his team to a 2-1 victory. Dillion Whalen was solid yet again between the pipes, stopping 38 shots in the win.

The squad returned to the rink the very next afternoon for the 2nd matchup with the Express and didn't waste any time as Ryan Mosher scored on the power-play just minutes into the contest. Luke Dion added a 2nd period goal to give the team a 2-goal advantage, but that lead was quickly cut in half just minutes later, as the Express found the back of the net on the power-play. The Lumberjacks answered with 2 quick goals in the final frame, less than 2 minutes apart, from Mosher and Raymond Miller to lead the boys to a 4-2 win. Whalen stopped 37 more shots in another winning effort.

The EHL team will get a much needed week off, before heading back on the road for 4 games next week.

The EHLP squad on the other hand, will stay home and square off against the New England Wolves on Friday, followed by a pair of matchups against the New Jersey 87s on Saturday and Sunday. 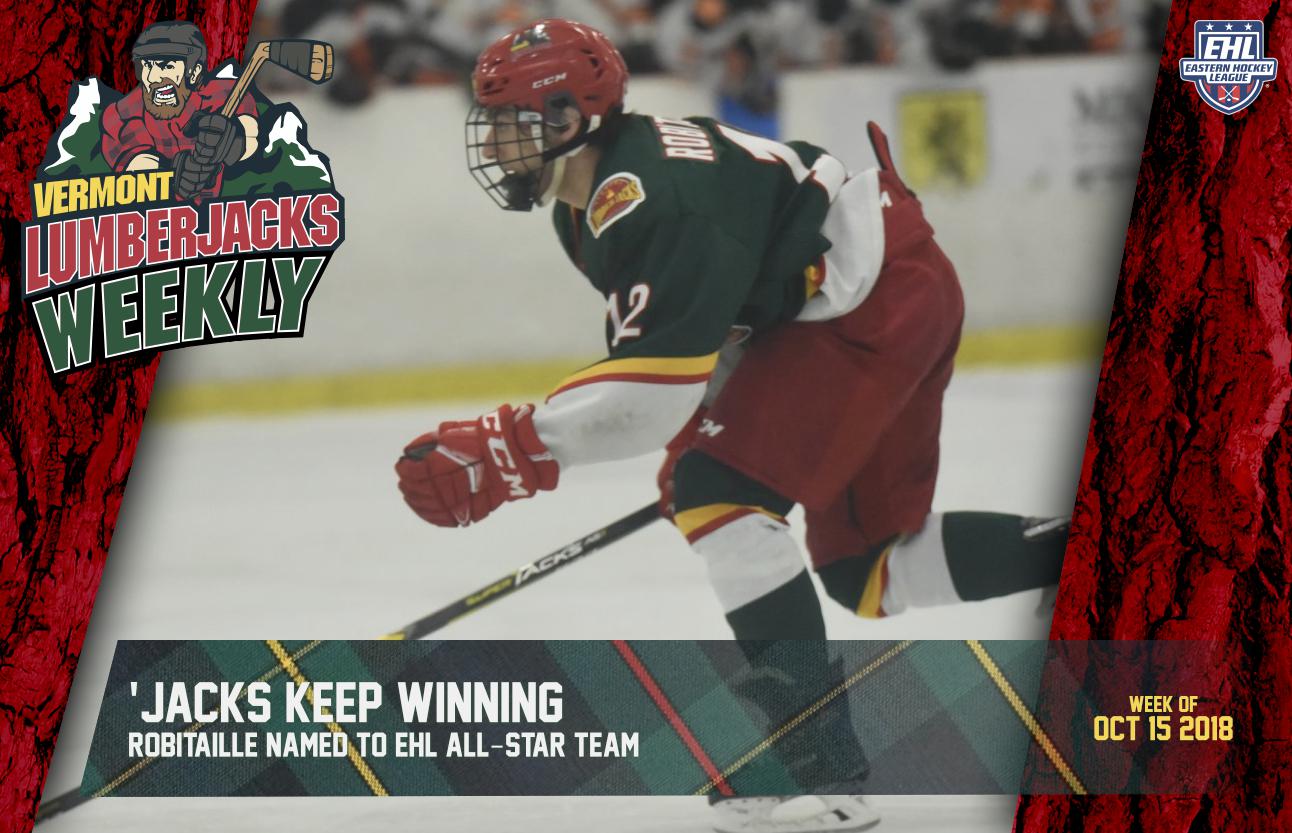