BURLINGTON, VT -- Another week is in the books for the Vermont Lumberjacks, as the EHL team enjoyed a short break due to the league's All-Star Weekend. The EHLP squad on the other hand, fell in all 3 of their matchups this past weekend. With the losses, the Premier team is now 9-4-1 so far this season, which puts them in 3rd place in the New England Conference.

On Friday, the Lumberjacks welcomed the 1st place New England Wolves to town for the 1st of 7 matchups with their division rival this season. The Wolves came out strong in the 1st period, finding the back of the net 5 times to take a commanding 5-0 lead heading into the break. Connor Cameron was able to beat the clock in the 2nd frame, scoring in the last 5 seconds of the period to make it a 6-1 game heading into the 2nd intermission. Despite a late tally from Jackson Clayton in the 3rd, the Lumberjacks fell to their division rival by the final score of 9-2.

The boys got right back to work the very next day as they welcomed the New Jersey 87s into town for a pair of games against the Mid-Atlantic opponent. After a quick 87's power-play goal, Ryan Mosher, answered for the Lumberjacks just over a minute later to knot up the game at 1 goal apiece. Aaron Damren then gave Vermont the lead on the power-play around the halfway point of the game. However, the 87s would responde with a pair of goals near the end of the 2nd frame to give them a 3-2 advantage. After the intermission, Nathan Damren converted on the power-play around the 16-minute mark of the frame to tie up score once again. After a scoreless finish to the period, the game headed into overtime were the 87s scored in the final minute on the power-play to take the extra point. Connor Schultz stopped 22 shots in the losing effort.

The team returned to Leddy Arena on Sunday for the final game of their busy weekend. The Lumberjacks fell behind early, but Jacob Dillion found the back of the net for the 6th time this season to knot up the game at a goal apiece. However, the 87s would answer with pair of goals of their own near the end of the frame to take a 3-1 lead into the break. After an 87s power-play goal near the 7-minute mark of the 2nd period, the Lumberjacks responded with a power-play goal of their own, as Mosher cut the deficit to 2. In the final minute of the frame, Grant Rosenberger was the next skater to find the back of the net to make it a 4-3 game.

However, that was the last time that the Lumberjacks would score, as they fell to New Jersey by the final score of 5-3. Alex Herman stopped 27 shots in the loss.

Both squads will gear up for a busy week coming up as the EHL team will head off on a 5-game road trip starting with matchups against the East Coast Wizards on Tuesday, followed by a game against the Seahawks Hockey Club on Wednesday. After the 2 games during the week, the boys will meet up with their Premier squad in Laconia on Friday, as both the teams will play a 3-game set against the New England Wolves. 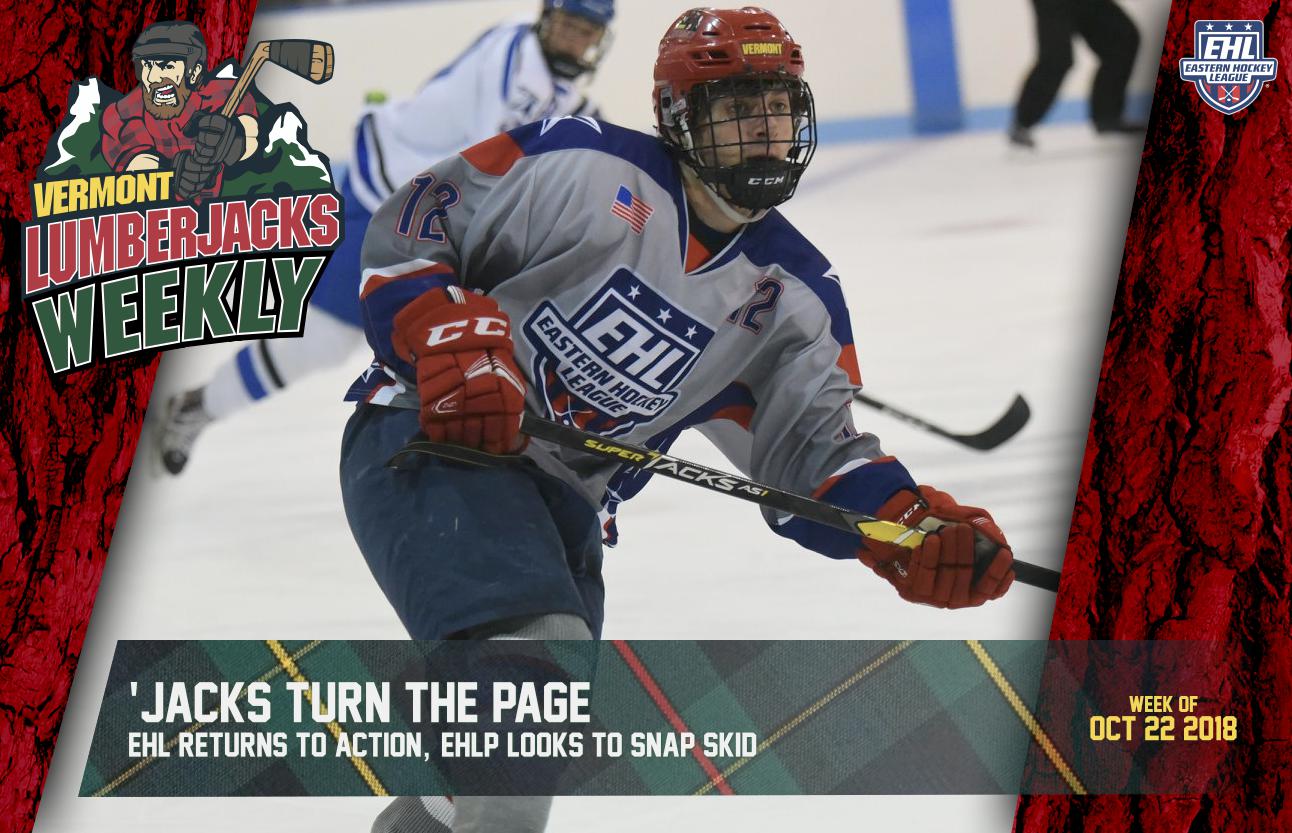