BURLINGTON, VT -- The EHLP squad was in action this past weekend as they won both of their games against the Walpole Express. With the wins, the Premier team improved their record to 13-9-3 on the season, and they remain in 3rd place in the conference. The EHL squad on the other hand, is off until this upcoming Wednesday, when they will finish off their regular season series with the East Coast Wizards.

The EHLP squad welcomed the Walpole Express to town this past weekend for a pair of matchups. The Lumberjacks took care of business in the previous two battles against their division opponent, beating them by a combined score of 6-3. Saturday’s game got off to a similar start as Ben Rouillard gave the Lumberjacks the early lead just 6 minutes into the 1st period. The Express would even things up on the power-play later on in the frame, but Rouillard found the back of the net yet again, this time 6 minutes into the 2nd frame to give the boys a 2-1 advantage. The Express answered back with a pair of goals of their own to take a quick 3-2 lead. However, Jacob Dillion and Connor Black both scored short-handed goals in the final minute of the frame to take back the lead.

The Express tied up the game in the first minute of the 3rd period, but the Lumberjacks took the lead back yet again just a few minutes later as Luke Dion found the back of the net on the power-play around the 15-minute mark. Dillion would add a pair of insurance goals later on, to complete his hat-trick and help the Lumberjacks to a 7-5 victory. Alex Herman stopped 24 shots in the winning effort.

On Sunday, the Express struck first just over a minute into the game, but the lead didn't last long as Frank Mondi found the back of the net on the power-play just a few minutes later. However, the Express responded with a power-play goal of their own and took a 2-1 lead into the intermission. The Express made it a 3-1 game around the 13=minute mark of the second period, but Black answered for the Lumberjscks just 25 seconds later to cut the lead down to 1.

The game remained scoreless until the 3rd period, where the Lumberjacks controlled the play and scored 4 unanswered goals on their way to a 6-3 win. Mondi collected the hat-trick with two 3rd period goals, which gave the forward an even 20 points for the season. Dillion had the other two 2rd period goals giving him total of 6 points on the weekend and a team-leading 32 points for the year. Herman was solid between the pipes, stopping 31 shots in Sunday’s win and improved his record to 5-3-0 for the season.

Looking ahead to the month of December, the EHL team will enjoy 3 games at home followed by a pair of showcase matchups before heading home for the holidays. The boys will return to action on December 5th against the East Coast Wizards, and then stay home for a 2-game weekend series against Team Maryland, before finishing the month at a showcase with matchups against the Philadelphia Little Flyers and the Philadelphia Jr. Flyers.

On the other end, the EHLP squad just has 2 games left in the month of December as they will host the Connecticut Chiefs for a pair of matchups on the 16th and 17th. 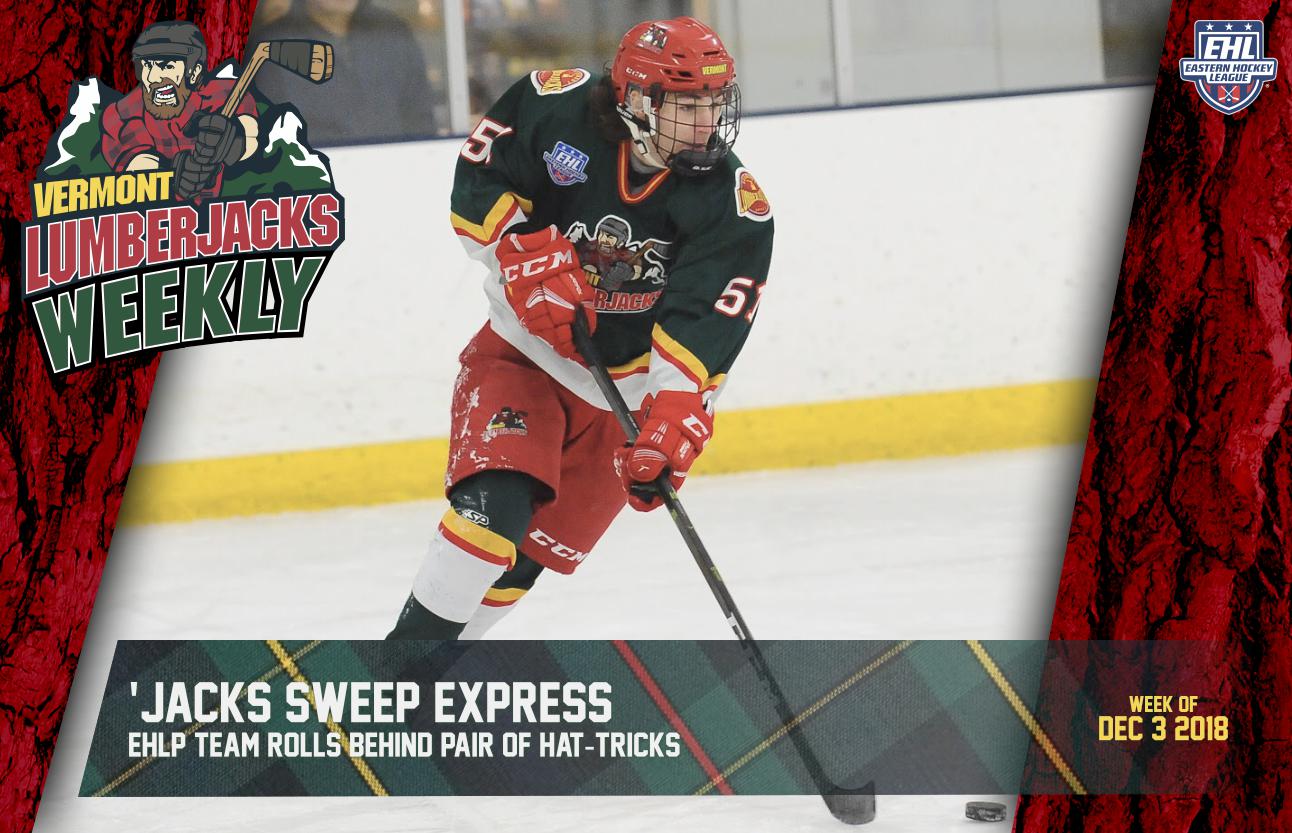