BURLINGTON, VT -- Both Lumberjacks squads are returning back from the holiday intermission. Through the first 28 games, the EHL team sits in 3rd place in their division and 6th place in their conference with a record of 13-12-3. The Lumberjacks hold a 3-5-2 record against divisional opponents so far this season, with eight of these matchups remaining. The boys will get back to work this afternoon with a matchup at home against the Connecticut Chiefs before heading to Walpole, MA next Sunday for the final league-wide showcase of the season. Looking forward after that, the Lumberjacks will enjoy a nice six-game home stand, but will then end the season with seven road games in the month of February.

The squad has found the back of the net 98 times this season, which equals out to a 3.50 goals per game average. On the flip side, the team has allowed only 82 goals on the year, averaging out to a 3.36 goals against per game average. The EHL team is good for 19.3% on the power-play, and they've killed of 82.6% of the penalties called against them. Both Glynn Robitaille and Mason Emoff lead the team in scoring, as each player has tallied 29 points to date. Robitaille also leads the team in goals with 16, power-play points with ten, and game-winning goals with three. Cory Doney leads all defensemen on the team in scoring with seven goals and ten assists on the year. Connor Carbo leads the Lumberjacks in wins with seven, all while maintaining a solid 2.54 GAA.

The EHLP team has scored a total of 110 goals so far this season, and they've allowed 97. The Lumberjacks hold a 13.2% mark on the power-play, along with a 79.9% penalty kill rate. Jacob Dillion leads the team in scoring with 34 points in 25 games. Ben Rouillard and Ryan Mosher are both not far behind with 27 and 26 points each respectively. Dillon Whalen leads the Premier squad in wins with six, and maintains a 2.69 GAA. 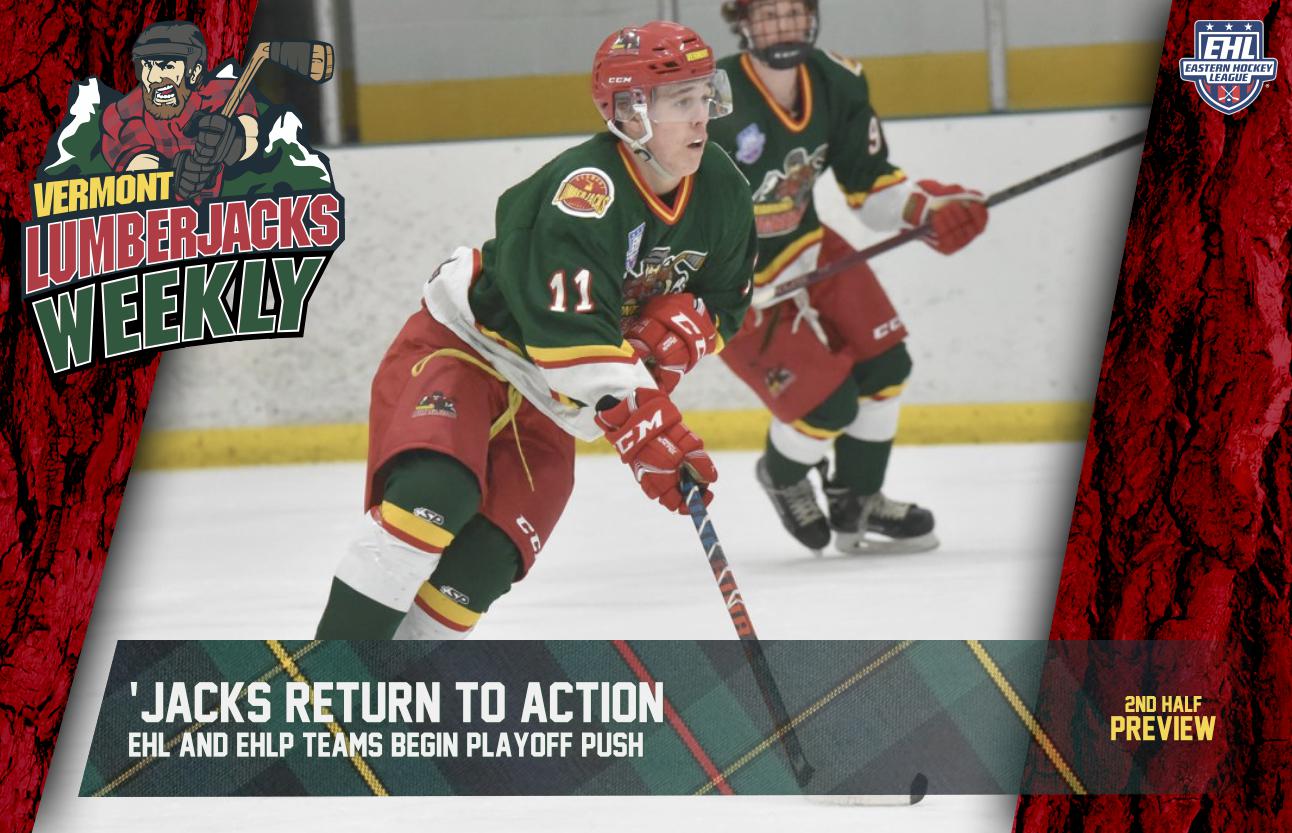