EHL Defenseman Set to Join Cardinals in the Fall of 2020

BURLINGTON, VT -- The Vermont Lumberjacks are pleased to announce that Cory Doney has committed to Plattsburgh State for the fall of 2020. Doney is in his third season of junior hockey, and second with the Lumberjacks organization. The '99 native of Northfield, VT is very happy with his decision to return to the Lumberjacks this season, as it ultimately led to this big moment in his hockey career.

"It has been an absolute pleasure coaching Cory," said EHL head coach and general manager Jim Mosso. "I have watched him develop from our premier team two years ago, to one of the best players in the Eastern Hockey League. He has put a lot of effort in to mature and develop both as a hockey player and a young man. I have no doubt that Cory will be an impact player at Plattsburgh State."

As Mosso mentioned, Doney played on the EHLP team a couple years ago (2016-17 season), tallying 47 points in 42 total games. This year, he's making a name for himself as one of the best young players in the Eastern Hockey League. Overall, Doney is beyond grateful for his time in Vermont.

"I've known Coach Mosso for three years now, and I’ve been lucky enough to play for him and the Vermont Lumberjacks for two of those years," said Doney. "He has allowed me to develop myself as a person and a hockey player. If it wasn’t for him and the organization, it’d be hard to see myself where I am today. I’ve gained much knowledge and respect from the Lumberjacks organization. I can’t wait for another year with them before I start my journey at Plattsburgh playing college hockey."

Doney and the Lumberjacks have won all three of their games since returning from the holiday break, and they will look to make it four in a row with a matchup tomorrow afternoon against the Connecticut RoughRiders. 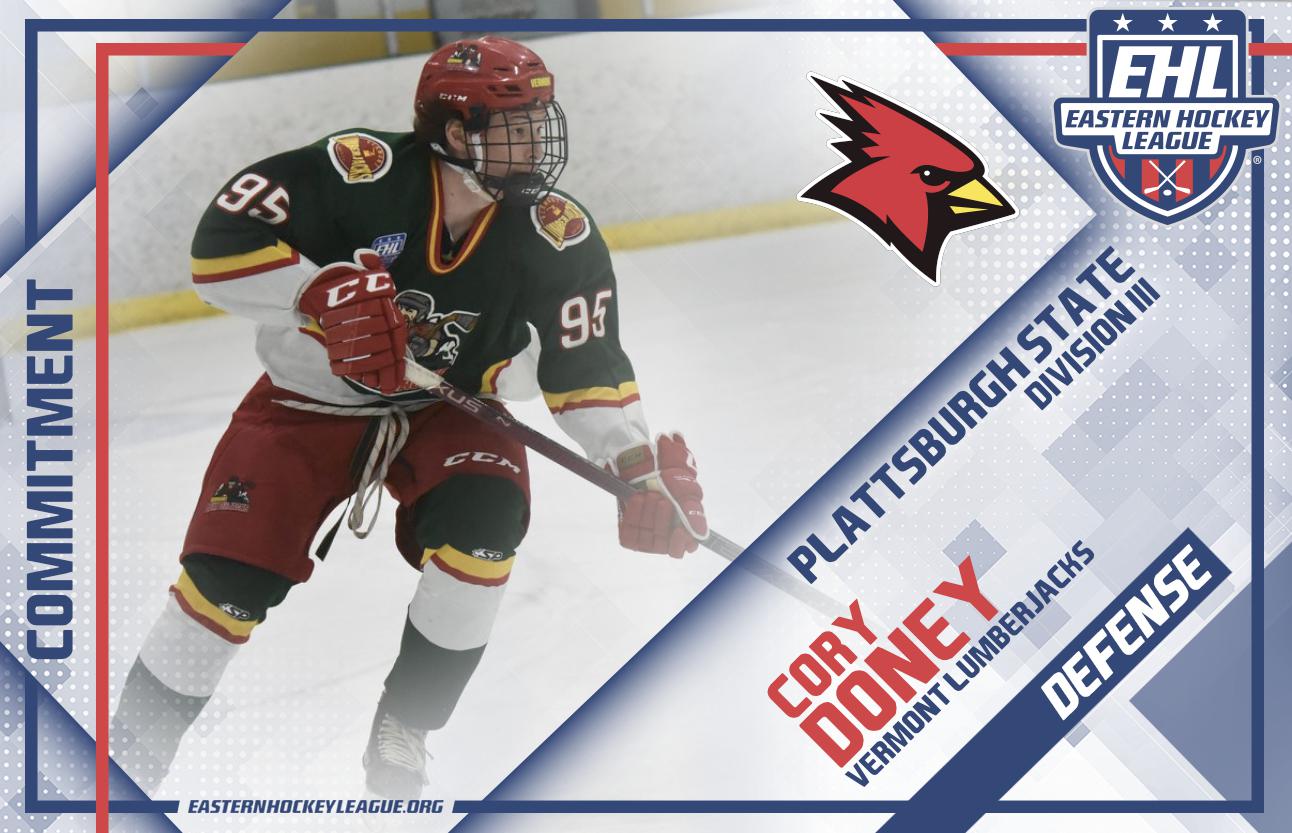