BURLINGTON, VT -- The EHL squad took care of business at home this past Friday in their only game of the week, as they extended their winning streak out to three games. After the win, the Lumberjacks still sit in 3rd place in their division, with a mark of 16-12-3, but are now just four points behind the 2nd-place Boston Jr. Rangers.

On Friday, the Lumberjacks squared-off against the Seahawks Hockey Club for the final time during the regular season. The Seahawks won the first matchup at their place back in October, and held a five-game winning streak going into Friday’s game. Logan Discanio put the Lumberjacks on the board first, with a goal near the halfway mark of the opening period. The Seahawks would answer back in the next frame on the power-play, but Dan Barry would give the Lumberjacks back the lead with a tally just a few minutes later. Cory Doney added to the lead in the final minute of the period, giving the Lumberjacks a 3-1 advantage heading into the 3rd. Colin Philippon put the game out of reach with a pair of goals in the frame and the Lumberjacks cruised to a 5-1 victory. Kyle Konin was solid in net, stopping 21 shots in the win.

Both teams are in action this upcoming weekend, as the EHL and EHLP teams each face-off against the Philadelphia Revolution for a pair of games per day on Friday and Saturday.

On the Saturday it will be an 11:00am puck drop in the EHL game and a 2:00pm puck drop for the EHLP matchup. 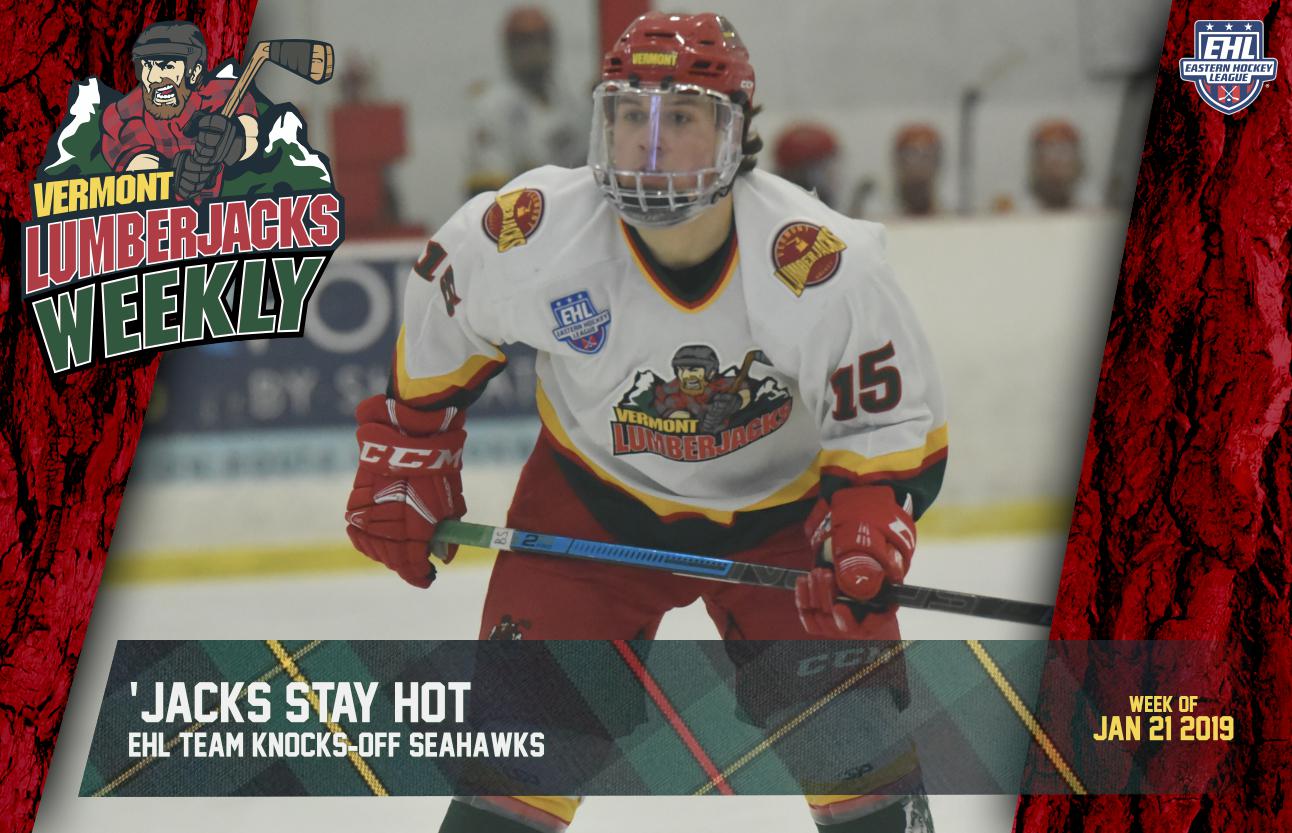