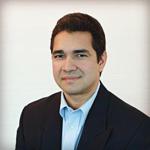 Maurice is a hockey administrator with over 15 years of experience in managing hockey organizations.  Maurice is currently on the Executive Board of the Eastern Hockey League, serving  as the EHL Treasurer, and  a former member of the USA Hockey Junior Council. Maurice  is also on the Audit Committee for Vermont State Hockey. Maurice  served as Managing Director of New England District (USA Hockey) from 2015-2019 , Vermont Affiliate President from 2013-2015 and Vermont Hockey Treasurer from 2010-2013. His operational experience includes everything from broadcast play-by-play,  communications, webmaster, game scheduling, ice scheduling, scheduling officials, budgeting and finance as well league representation and overall governance.

Coach Lowry has over 25 years of coaching experience and is former college player at Boston College and then the University of New England. In addition to Premier Head Coach, Coach Lowry will also have the role of being an Assistant Coach of the EHL team, as well as running both the team video and 1-on-1 video sessions with all players to further their individual development. Coach Lowry has a very in-depth knowledge on all facets of the game. Jack is in charge of enhancing the development and designing skills sessions for players within the organization.

Gary has extensive hockey coaching experience including Professional, College and Junior.  His accomplishments include:

After a playing career, Gary Gill has had a remarkable coaching career with 365 wins. In addition to coaching College Hockey and Juniors he has coached professional hockey in ECHL,CHL,SPHL and FHL.
Coach Gill is committed to the development of his players both on and off the ice. He strives to help his players develop into successful young men and help them open doors into their college careers.

Jim Mosso graduated from Fitchburg with a bachelor's degree in exercise and sport science and is a certified strength and conditioning specialist.  He began his junior hockey coaching career with the Jr. Flyers U18 Tier 1 Elite and MJHL teams. Then, he became head coach of the Hartford Jr. Wolfpack (EHL).  Jim has served as the Lumberjacks Head Coach and GM for 3 years. His first season with the Vermont Lumberjacks he was awarded 2016 EHL Coach of the Year.

John and his staff provide all the Athletic Trainer support for all home games.  John provides player follow-up and assessment for hockey related issues at his rehabilitation office.  John is the owner of Fit2Excel, in Essex VT which specializes in a combination of services from athletic performance training, injury rehabilitation to neuro-cognitive concussion testing.

He has worked at the Olympic Training Center in Lake Placid and has since been invited to travel internationally with Olympic teams. John has worked with Division I athletes in the Athletic Medicine Department at the University of Vermont for 12 years and has been affiliated with the Boston Bruins and New York Rangers hockey teams.